Match day 4 of this season’s G4S trophy saw last season’s champions St Mary’s Herringthorpe begin their title defence against St Joseph’s Rawmarsh during half time of the Rotherham United Vs Reading game at the AESSeal New York Stadium, once again we were playing under the floodlights as the match took place on a Tuesday evening.

The match got underway and it was clear to see that St Mary’s weren’t going to give up their title without a fight when Jack Mackie picked the ball up and fired home a shot from long range inside the first minute.

Before St Joseph’s had time to react, Riley Habbin got himself on the end of another long range effort and poked the ball home from just in front of the goalkeeper to put St Mary’s 2-0 ahead after just 2 minutes.

The match continued at this frantic pace, St Joseph’s got themselves back in the game when some great passing put Joe Potts through one on one with the goalkeeper, Joe kept his cool and slotted the ball past the keeper, after just 3 minutes the score was 2-1 to St Mary’s.

After this hectic start the St Joseph’s goal settled the game down and St Mary’s seemed happy to try and hold their 2-1 lead and catch St Joseph’s on the break. As the game continued it looked as though St Joseph’s would get an equaliser, but after a number of attacks led to nothing St Mary’s finally managed to put the game to bed in the 6th minute when William Jenkinson broke with the ball and fired in a low shot past the St Joseph’s keeper.

St Marys made the game look a lot more convincing than it actually was when Jack Mackie scored his 2nd of the game, making the full time score 4-1.

if you are interested in finding out more about the G4S Trophy, please contract our Sport Development Officer on: 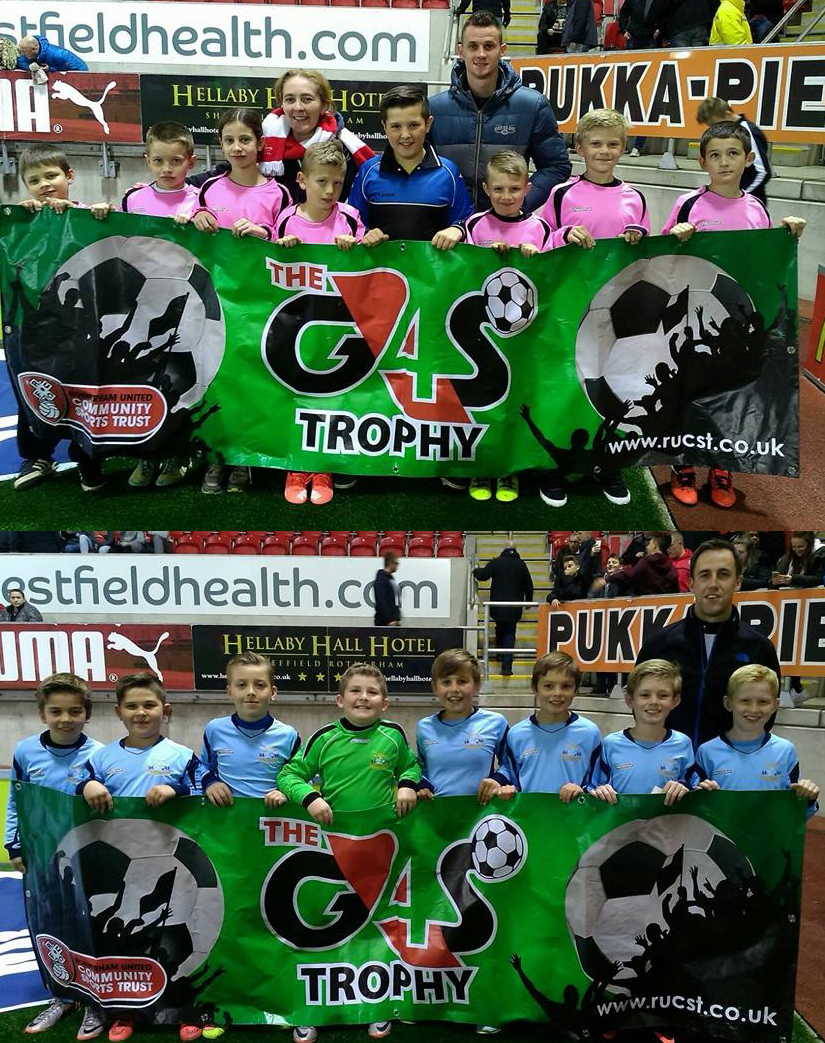