RUCST donated a signed Football and RUFC donated t-shirts and kit from the Red & White Shop to help raise funds for the MCVC on Armed Forces Day.

The signed match ball that was won via a NCS raffle was presented pitch side at the New York Stadium by Russel Morgan – Royal navy (Retired) who is currently the Community Jobshop tutor along with funds raised via the sale of T shirts and kit on Armed Forces Day.

Both items were presented to Lieutenant Colonel McPhearson (retired) and Warrant Officer 1 Mac McKenny (retired of MCVC) which will go to an excellent cause which supports ex armed forces personal and family members in around Rotherham.

Colonel McPhearson and WO1 McKenny were very appreciative of the support RUFC and RUCST have shown over the last 3 years and to the people of Rotherham. 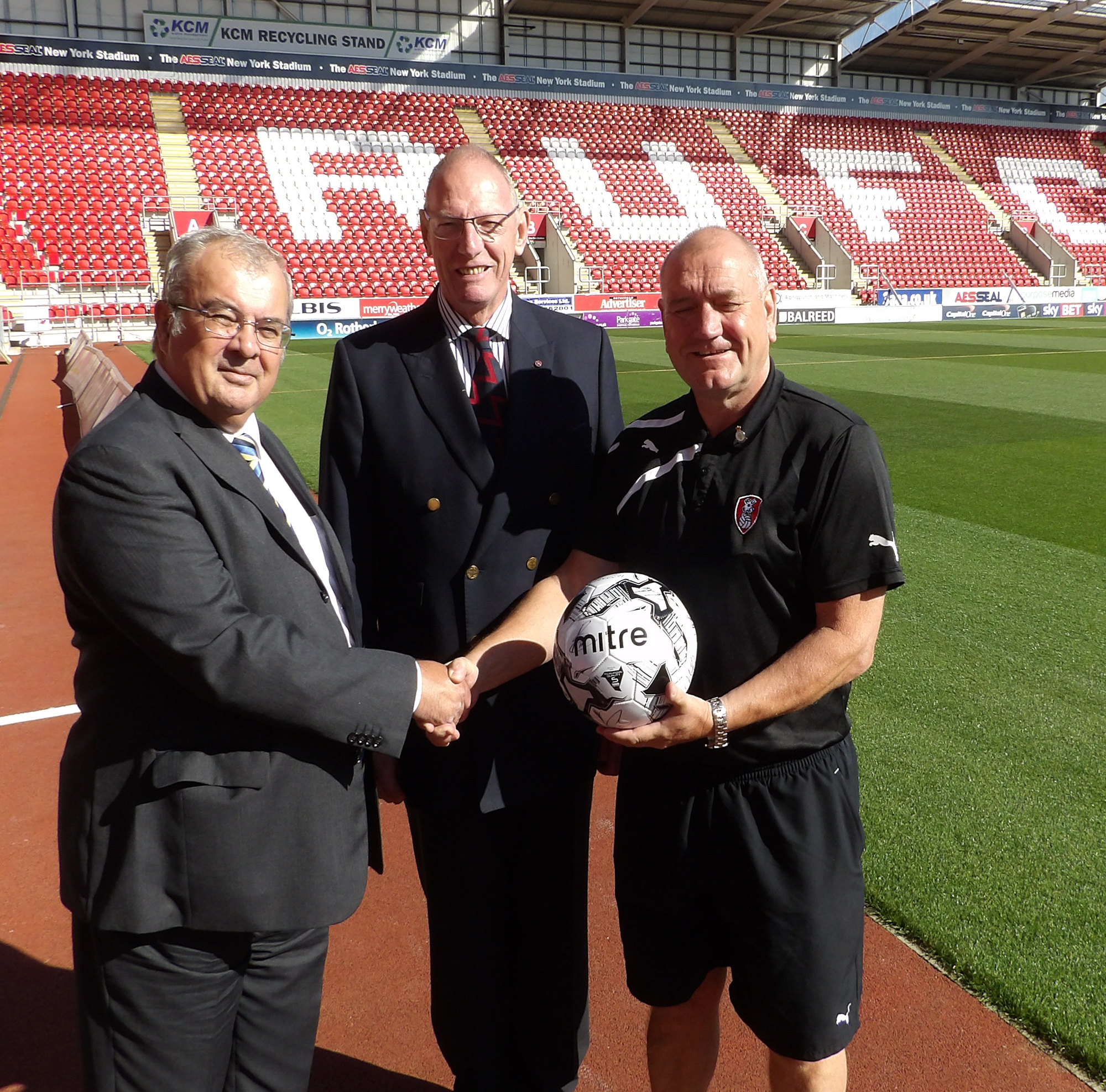