Rotherham United Sports College venture abroad with a squad of 15 students representing the Millers in Spain.

The team took off from Leeds Bradford Airport in the early hours of the morning on Monday 9th May 2022 for a 5-day experience including two training sessions and fixtures at the world class Cambrils Park Sports Village in Futbol Salou. The squad were also looking forward to; Spa & Gym sessions, Camp Nou museum and Tour Experience plus many more onsite activities included within the package.

Monday was a long day with a 2am arrival at AESSEAL New York Stadium where the trip began. After several hours of travel – the team arrived at Cambrils Resort (Salou) where activities commenced throughout the day such as, basketball, table tennis, pool plus more with an evening watching sports at restaurant.

Tuesday saw the start of the football training at Cambrils Park Sports Village in Futbol Salou, where coaches Jamie Yates, Sam Stacey & George Gregory ran drills and focused on team organisation in preparation for the first fixture later that evening. Post training the team had down time to relax where they could enjoy the pool facilities and mini golf prior to getting match ready for the 5pm KO local time where Fundació Reus FC awaited. The team got off to a reserved start and aimed to preserve energy due to the humid weather conditions. RUFC gave it their all, but the local academy outfit were well adapted to the playing conditions and after a hard-fought contest took the victory. Post-match analysis and reflection took place in preparation for the fixtures later in the week.

The team welcomed a more relaxed day on Wednesday as they took the short journey into Barcelona with a Camp Nou Tour & Experience, soaking up the historic stadium along with its silverware in the museum. Upon returning to base, the teams made use of the spa facilities having an hour of exclusive access to recover for the previous days training and fixture.

Thursday was a very similar scheduled to Tuesday, with training in the morning and a slightly later fixture in the evening. In between the team found time to relax and calm the nerves before the last game of the tour. A visit to the coast was a welcomed distraction where they had a quick splash in the sea and a few sport activities on the beach. A pre match meeting took place hosted by James Mahoney and Jamie Yates proving final plans for the game that evening and the lads had one final surprise as Rotherham United F.C first team manager Paul Warne kindly provided advice and encouragement to the students prior to the final game.

The second fixture of the tour saw RUFC face Base Hospitalet FC. The Millers had a more drilled and structured setup which showed early on, however a few Counter-attacks from the Spanish opposition saw Rotherham concede 2 in the first half albeit with a much better performance. Second half got underway and was dominated throughout by RUFC following a few alterations at half time. The Millers quickly pulled the game back level with 2 goals from Jakeb Bloju where the result stayed until full time. Tension was apparent when a penalty shoot-out would decide the game. Millers keeper George Gregory made 2 world class saves and strikes from Cameron Anderson & Rhys Topham meant the millers were victorious, winning 4-2 overall. Post-match celebrations took place with an award ceremony at base, where the tour was rounded off with the following players being awarded:

Alfie Bakes – Student of the Tour

James Mahoney, Education Manager said “The trip has been a fantastic experience for the students and I am extremely proud of the way they have conducted themselves on and off the pitch. They have been a real credit to Rotherham United and RUCST due to their professionalism and attitude. Although it was disappointing to lose the first game it was a good experience for the students to challenge themselves against a high quality Spanish Academy. The way they responded in the second game to come from 2-0 down to win 4-2 was outstanding and a great way to end the trip.

This week has created some fantastic memories for us all and has hopefully enhanced the student experience studying at Rotherham United Sports College.

Finally I would like to thank Cambrils Park Sport Village, Futbol Salou and Euroworld Sports for the organisation and planning of our trip.”

Rotherham United Sports College would like to thank all the staff, students, teams, and organisers for a fantastic tour.

If you would like to find out more information regarding our courses, or sign up to the Sports College next year please visit: https://www.rucst.co.uk/education/education-overview/ 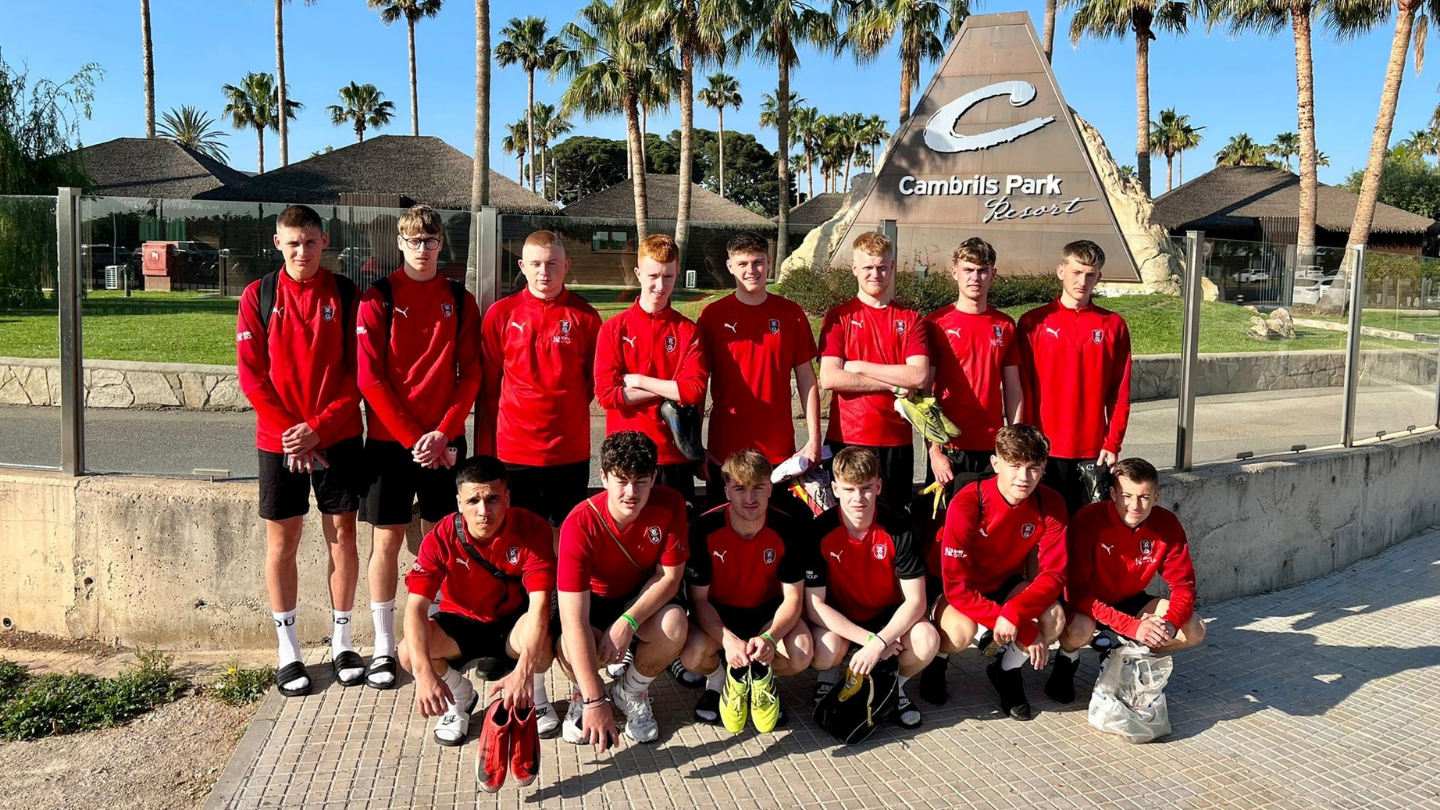