3 local schools in Rotherham, Sandhill Primary, Monkwood Primary & Foljambe Primary were lucky enough to get a visit from Jess and Carla who engaged in P.E & Q&A sessions with the students and gave details of their inspirations and motivations which enabled them to progress to where they are now.

Adam Pilgrim said” “you could tell as soon as Jess & Carla arrived at the schools, that the children were excited to meet them. There were some great questions about their training programmes, lifestyles, and their experiences playing football at the highest level. I’m sure that the opportunity to meet and speak to Jess & Carla was a great way to inspire all the children, especially the girls, as it is important for them to see that there is a pathway into football. It would be great if as many of these children could make it to the game on the 1st of November, as it could be a great way to inspire a new generation of female football activity in Rotherham.”

Jamie Noble, head of Community said” it’s Fantastic for Rotherham to hold the fixture at The Aesseal New York Stadium, it’s a big boost for the community and will help female football grow in our local community. So far tickets sales going well and great to see regular international fixtures at the NYS”

We would like to thank both the players (Jess Clarke & Carla Ward) and the local schools for giving their time to promote the FA WSL Cup final on the 1st of November 3pm K.O at the AESSEAL New York Stadium.

If you are interested in attending the WSL Cup final, you can find more information here: www.rotherhamunitedshop.co.uk or by telephone on 08444 10754. 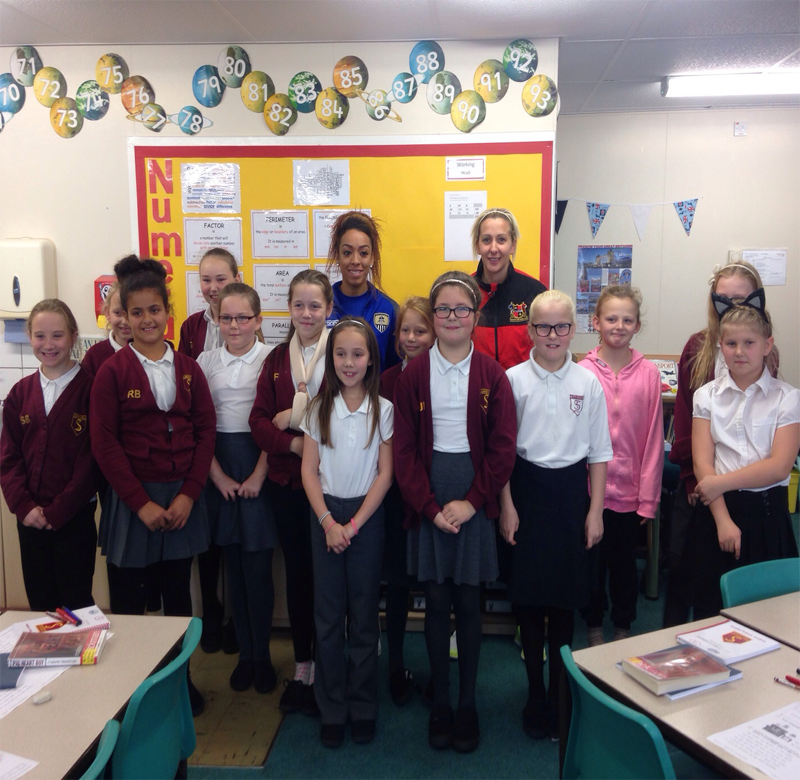