Future Stars have an experience to remember

The Trust’s coaches put on sessions for around 100 local youngsters who also got a glimpse behind the scenes as they watched the first-team being put through their paces by interim manager Paul Warne and assistant Matthew Hamshaw.

After training the first-team squad and staff stopped for photographs and autographs with the youngsters, before the day was rounded off by watching the Millers Reserves take on Hartlepool United.

Rotherham United’s head of community Jamie Noble was delighted to give members of the Trust’s Holiday Camp a look inside their club, heralding the day as a major success.

“Firstly I would like to thank Paul Warne and his staff for allowing the Trust to have full access to the training pitches here at Roundwood,” Jamie told www.themillers.co.uk

“The half-term Holiday Camps are always well attended so when the kids were given the news that for a special treat we would be coaching them alongside the first-team, they were obviously very excited about the day ahead.

“To see around 100 youngsters attending was fantastic, and the chance to see their heroes up close will have been an unforgettable experience for them.

“For the kids to then attend the reserve game in the afternoon was an added bonus, so overall it was a fantastic day out.”

“It was great to see the club and community come together, and it was fantastic to see such a good turnout for the Trust’s Holiday Camp.

“As players we are regular visitors to the camps to hand out certificates and trophies to the kids, so we know first hand just how much they enjoy spending the half-term holidays honing their football skills with the Trust.

“The squad were more than happy to give something back to the supporters by signing autographs and having pictures taken. We hope that all the kids enjoyed their day.”

We are back at Wickersley as normal tomorrow. 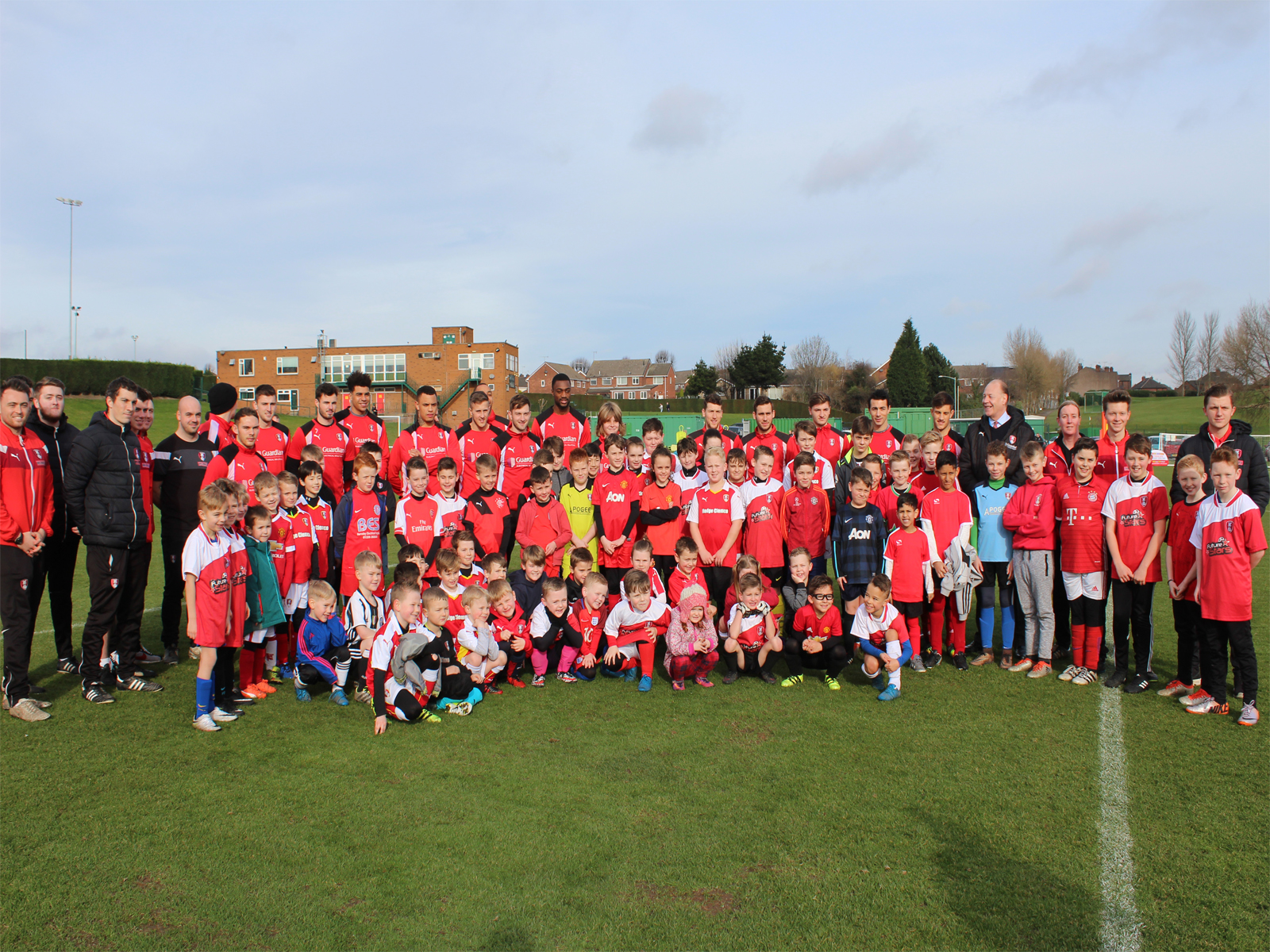