In support of Dementia Action Week 2022 we hear from John Breckin and Penny Watson on how important Millers Memory Club is to the community.

Former Rotherham United and England International footballer Dave Watson and his wife Penny Watson are important members of the Millers Memory Club, they go above and beyond to support the session and anybody who has experienced Dementia, Alzheimer’s or other memory-related illnesses with a safe environment to come and chat.

“Dementia in society seems to be more prevalent than ever before and whether or not that is due to people living longer is a matter of conjecture but what is apparent is there is a group of individuals coming forward with diagnoses of dementia who do not fit that category.

Our former heroes, titans of the game are facing the possibility of developing a specific dementia attributed to their professional playing days. when Dave agreed to make his diagnosis in public in 2022, my family and I have been campaigning to ensure this is not brushed under the carpet.

Early this year I agreed to formalise my influence with the new PFA Union and became an Independent Consultant. Since then the Neurodegenerative Disease Department (NDDDept) was formed and we are currently gathering information from former players and their families by way of a survey with Rotherham United being chosen as the first club to have access to the consultation questionnaire in recognition of the wonderful work RUFC and specifically The Millers Memory Club are providing for their former players.

The survey will hopefully give us a truer picture of how many former players succumb to NDD which will enable us to fight for significant funding from the Stakeholders in football, The FA, The Premier League, The EFL and the LMA. Of course The PFA will also contribute.”

The Millers Memory Club will continue to meet on a monthly basis – at present in the Community Sports Trust’s recreational area on the ground floor.

The next memory club will be Friday 10th due to the Queen’s Jubilee weekend so we won’t be having the memory club on Friday 3rd June.

We would like to reiterate that anyone is welcome to attend the groups, which we will aim to publicise prior to hosting them and to register your interest you can email our health department: health@rotherhamunited.net

Once a Miller, Always a Miller. 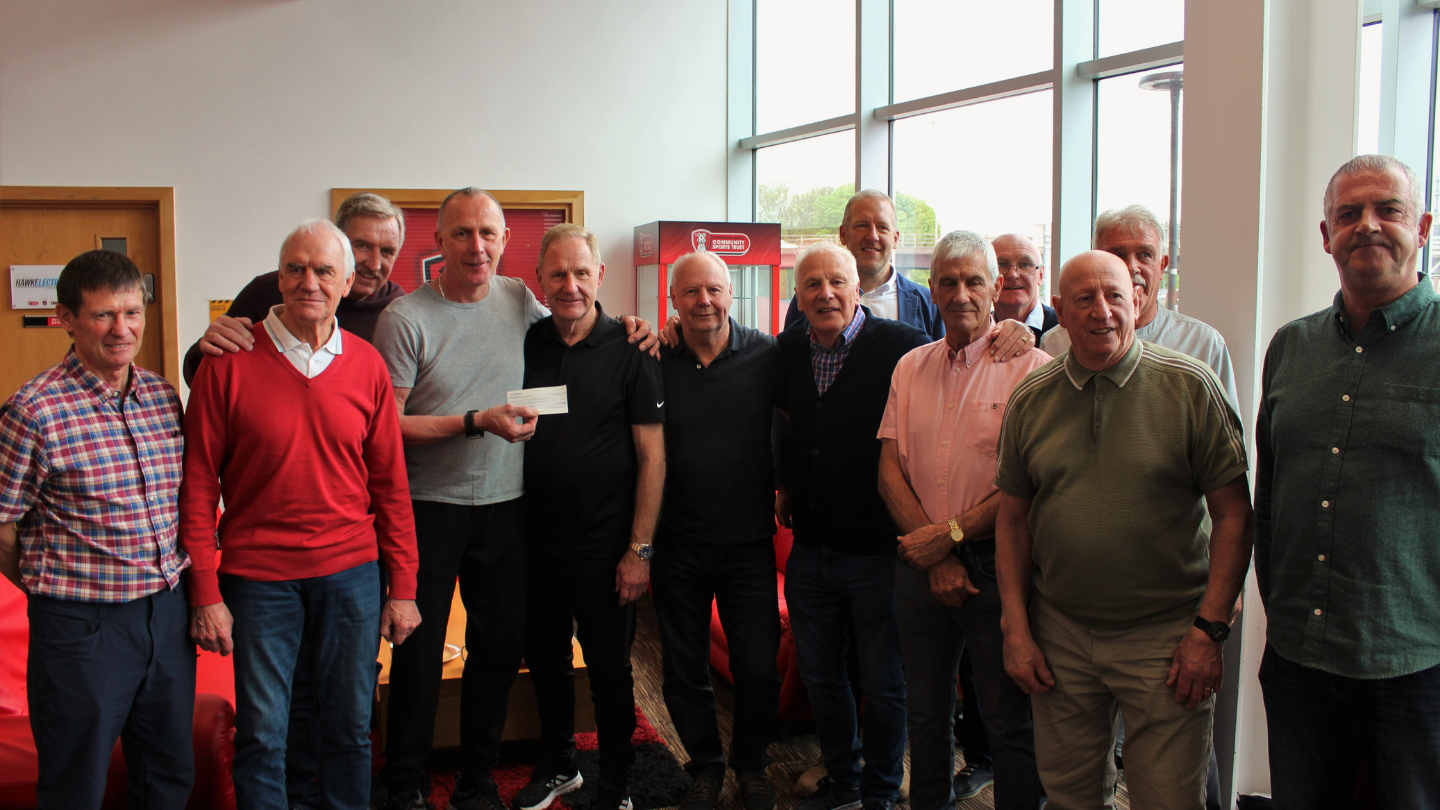