Help for Noah and family

Rotherham United CST >> News >> Other >> Help for Noah and family

Hi meet Noah, Noah is 5 months old and has already endured more then most of us have in our lifetime.

At just 2 days old Noah was diagnosed with aortic stenosis which is the narrowing of the aortic artery from the heart. This news came as a huge shock to the entire family as what everyone assumed looked a picture of health was really a small bundle of joy struggling from day one of life.

After Noahs first procedure doctors were confident that the widening of the aorta would last a while and allow Noah to grow and get stronger before anything else needed to be done, so after a spell in hospital we got to take our little boy home and we could all be a family he was adored by his big sister loved by all. two weeks later we went for a routine appointment where Noah had a scan of his heart and to our horror Noahs health was rapidly deteriorating and we had to endure another emotional ordeal doctors/ surgeons repeated the procedure that allowed more blood to flow through the aortic valve and we all thought it was a success everything seemed great we felt that someone was looking over our little fighter.

So another day went passed and Noah was starting to look a million times better. That night we went to get some rest and FaceTime our little girl back home and only moments later a we receive a phone call that Noah was being rushed to intensive care as he rapidly deteriorated. We ran up to the intensive care unit not knowing what we were going to be faced with. We got up there and Noah was being attached to all types of machines to keep him going at that point family had arrived to give us support and wait for the cardiologist to come and explain what was happening… And that’s when we got the worst news of our life Noah now needed open heart surgery a procedure called the Ross operation where you replace the damaged valve and replace it with the good functioning valve from the other side of the heart then require a donor valve fitted. It was so much to take in but it was his only chance so we said yes to have the procedure done we wasn’t going to give up on him.

It was the day of the Ross operation we woke up after very little sleep and spent as much time as we could with Noah telling him he better not leave us, he’s got more fighting to !! We held his hands all morning praying for him to have the strength he needs to get through this , it got to 12:30 and we walked Noah with his nurses to theatre we kissed him and gave him his warnings that he needs to come back out of these doors to his family.

We didn’t even make it 3 feet before me and my partner just melted into each other sobbing we didn’t know what was going to happen, after 8 hours of walking around trying to pass time which seemed like an eternity we headed back up to the ward waiting for news all the family sat hand in hand praying for a positive outcome. After 12 hours of agonising waiting and buckets of tears doctors came out and said surgery went well and Noah was on his way back to intensive care. Words couldn’t describe what that meant he’d made it through.

After many long weeks of Noah being heavily sedated in intensive care and machines keeping him going Noahs recovery was obvious and he was starting to look like the beautiful boy we once knew. I believe it was 6-8 weeks in hospital and so much hard work of the surgeons, doctors , nurses of Leeds general Noah was ready to go home and we could be a family again.

At home it felt like surreal Noah was there with us where he belonged his big sister (Sydney) was mothering him all the time she wanted him to be her little dolly giving him cuddles kisses never leaving his side they had created a bond. Although Noah was at home we still felt nervous like the slightest noise, picking him up it was scary but we soon got used to it a few weeks later wen went for his check up and we got news that we was hoping for everything was ok and we could go home that’s when we thought he’s better we can relax a little more that’s when we decided well go to visit family have a holiday so off we went for 2 weeks a drive to London and to Weston super-mare it was great we had a great time.

We eventually returned back home settled back in and not to long later Noah had another routine check up and scan of his heart but this time our world was turned upside down again Noah wasn’t doing well off we went back to where it had all begun Noah was back on machines monitoring his heart blood tests and bed bound. This time Noah was diagnosed with arenavirus with to you and me is just a common cold so in a way we thought as you would it’s just a cold he’ll get over and so did nurses. Anyway coming up to 3 weeks in high dependency at Leeds Noahs health was worsening to the point he looked physically drained and ready to give up when doctors couldn’t figure out why he was deteriorating so fast as regular scans had been done catheter tests aswell we was all starting to worry even more and Noah was later rushed back to intensive care and sedated with breathing tubes down.

Cardiologists then came round and explained to us that the valve replacement Noah had has failed years before it should have and became very leaky and had developed a rather large hole in his heart and his heart was struggling with pressure from his lungs so now Noah doesn’t really have much options but to have yet another operation which will be carried out in either Newcastle or London great Ormand Street as there the only 2 hospitals in the UK that have the necessary back up machines in case the procedure doesn’t go to plan which would then buy him some time to locate a donor heart but we have the upmost faith in the surgeons that they can help our little boy but at the moment Noah is still laid in intensive care fighting to get the arenavirus out of his system before he can be transferred all of this takes its toll physically emotionally and also financially. 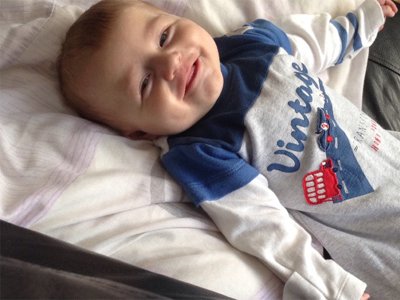