Rotherham United is throwing its support behind a nationwide campaign for a community project or charity to win a re-decoration makeover worth up to £10,000.

Charities and community groups have until Friday 11th December to let Johnstone’s Trade know why their project is deserving of a redecoration by completing the application form at www.johnstonestrade.com/communityspirit.

Any charity or community project in Rotherham is welcome to apply.

The Community Spirit campaign is run in conjunction with the Football League Trophy, which is being sponsored by Johnstone’s for the tenth consecutive season in 2015-16.

The 48 clubs involved in this season’s Johnstone’s Paint Trophy – as well as 24 clubs from the Sky Bet Championship – are being urged to encourage as many charities or community projects from their local area to enter.

Last year’s Johnstone’s Trade Community Spirit campaign saw Milton Keynes-based charity MK Snap – which offers support to more than 100 people in the city with learning difficulties – see off competition from scores of other charities and community groups to win the makeover.

MK Snap was one of four shortlisted projects, along with entries from Portsmouth, Preston and Dagenham, but came out on top of a national public vote and saw its facility receive a colourful makeover.

This year’s competition will follow the same process with the general public invited to vote for one of four shortlisted finalists to win the prize.

Richard Mazurkiewicz, marketing manager for Johnstone’s Trade, said: “After the success of last year’s Johnstone’s Community Spirit campaign, we are delighted to be offering this fantastic opportunity for charities and community groups in Rotherham.

“There is no project too small – whether it be a rundown scout hut, a school in need of a makeover or a community centre requiring a lick of paint.

“The only proviso is that the facility or group must provide a community benefit.

“Johnstone’s Trade has always maintained a strong commitment to working closely with local communities and this exciting campaign allows us to focus on that.”

After being announced as the winner, Maureen McColl, chief executive of MK Snap, said: “We were thrilled to win the Johnstone’s Trade Community Spirit competition and the difference the re-decoration has made to the centre is incredible.

“Our learners all have a very positive outlook on life and now they have a colourful and vibrant environment in which to come into every day.

“I would urge all charities and community projects to enter the competition because it can transform the environment in which they work.”

Johnstone’s has been bringing colour to the beautiful game through its sponsorship of the Football League Trophy since 2006. 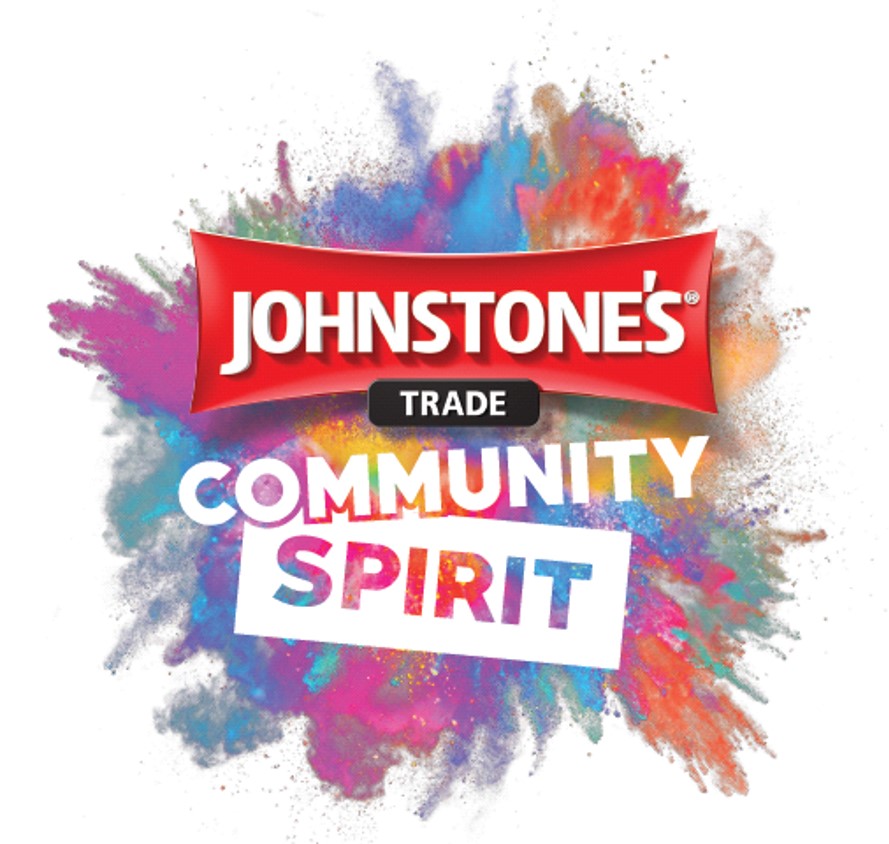