As the Covid-19 pandemic took hold of the country back in March 2020, for the most of us, the message was simple.

However, for some, that simply wasn’t an option. Doctors, nurses, delivery drivers, shop staff and many more key workers picked up the baton to keep our country moving, and while the rest of us were doing our bit from behind the safety of our four walls, the heroes were still out on the front line.

The Club and the Community Sports Trust in June 2020 launched the ‘United Rotherham’ project, giving our supporters the chance to waiver refunds on their uncompleted individual match and season tickets in order to help support those who had been hit hardest by the pandemic in our town.

As a football club and as a town, we’ve always stuck together through the hardest of times, but we were still overwhelmed by the amazing response to the scheme from supporters, which further highlighted the connection and togetherness we have at Rotherham United, with over 2,000 of our season ticket holders donating their season ticket refunds.

As a football club that prides itself on being right at the heart of our local community, we wanted to say a huge thank you to all of our key workers and give them a tangible reward for their selfless work during the pandemic.

With this in mind, we are delighted to say that in our opening two competitive home games of the new campaign, we offered tickets to 643 key workers to show our gratitude for everything they have done and continue to do for us.

As well as this, children of key workers were given an unforgettable experience of welcoming their heroes onto the pitch for the Carabao Cup clash with Accrington Stanley on Tuesday, by taking part in the flag bearers initiative.

Despite the lifting of Covid-19 restrictions on 19th July, we’re still aware of the ongoing battle to negotiate our way out of the pandemic. The vaccination has offered us hope during these tough times and as a club we were keen to play our part in helping stop to continued spread of the virus in order to help a return to ‘normal life.’

The Millers’ community wing instilled the help of the same NHS group who recently administered the vaccine to our first team staff and players, with Andrea Kitchen and here team on hand at our GoalZone ahead of the opening day clash with Plymouth Argyle at AESSEAL New York Stadium.

We were offering a free match ticket for anyone who wanted their first or second doses, with 89 people coming forward to get the jab.

Rotherham United’s Head of Community Jamie Noble reaffirmed the club’s commitment to looking after those who need it the most in our town, as well as reaffirming our stance on keeping people safe.

“When we launched the ‘United Rotherham’ project back in the summer of last year, we had a long-term vision of giving something back to our fellow Millers and local key workers during these unprecedented times.

“During the pandemic, we have seen the very best of people in our town and we wanted to thank those who have worked so tirelessly on the front line during this period.

“To say we were overwhelmed by the response from our supporters would be an understatement and the generosity shown was just another embodiment of the togetherness which runs right through our football club.

“We know that life has started to return to some sort of normality recently, but as a club we wanted to remain vigilant to the threat caused by the virus and to ensure that the AESSEAL New York Stadium is a safe environment for everyone.

“I would once again like to take this opportunity to thank Andrea and her team for giving up their time last weekend to get more vaccines into people’s arms ahead of the Plymouth match.

“I don’t even want to think about where we would be without the continued selfless work of people like them and I know I speak on behalf of everyone at Rotherham United when I say just how grateful we are for their efforts.”

If you’re a key worker, and would like to get involved in the scheme, please complete your application form HERE.

Please note: you can request tickets for up to four people. If you would like tickets for multiple games, you will need to complete one form per game with the maximum of three games per person. 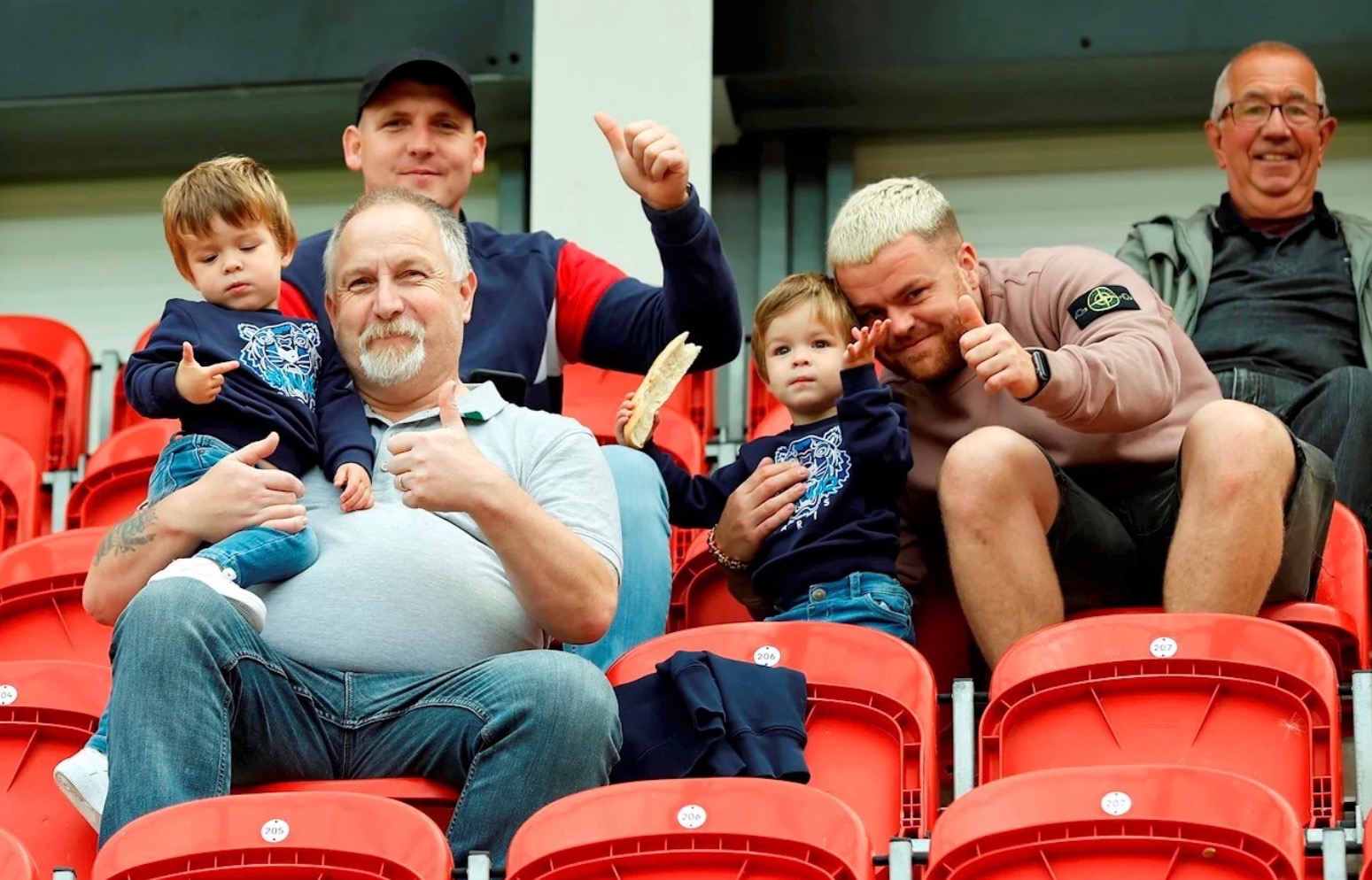