Millers fans everywhere are invited to the New York to explore Rotherham United’s ‘Ambitious but Brilliant’ pop-up exhibition, charting the history of the club and its fans.

Produced by Rotherham United Community Sports Trust (RUCST), the exhibition is now open to be enjoyed throughout summer, during both the Women’s Euros and start of the new season.

Funded by the UK Community Renewal Fund, the exhibition has been produced as part of a pilot project in the run up to Rotherham becoming the Children’s Capital of Culture in 2025. With the town also being a host venue for the Women’s EURO Championship this summer, Head of Community, Jamie Noble, felt it the perfect time to showcase the club and its fans. The development of the women’s game and achievements of Black and Asian players, including the trailblazing Arthur Wharton, are also honoured.

The exhibition has been produced by trainees aged 16 to 25, each with creative interests including dance, media and photography, and art. There have also been opportunities for existing staff to get involved, including Rotherham United’s Esports team, who have produced an incredible Minecraft replica of the New York Stadium. The trainees have also worked closely and collaborated with external organisations, including Clifton Park Museum, Heritage Doncaster, and the Arthur Wharton Foundation, who’ve kindly loaned pieces for a dedicated exhibit.

Since opening last week, the exhibition has received fantastic feedback. Hollie Webb, Project Lead, said “A lot of time and effort has gone into pulling this project off, and watching fans reminisce and appreciate what we’ve done has made it all worthwhile. As a Rotherham fan, I couldn’t be more proud.

The fact that the majority of the project was led and produced by a small group of young people makes it even more impressive, too. The Children’s Capital of Culture is a great scheme that has given these young people the opportunity to develop lifelong skills and gain invaluable work experience.”

The exhibition is open to the public at the following times:

The exhibition will be open 5.30pm – 7pm on Women’s Euros and Rotherham United fixtures throughout August.

Head down before the end of summer to immerse yourself in the history of the club.

If you have any questions about the exhibition and the individuals behind the project you can contact: community@rotherhamunited.net 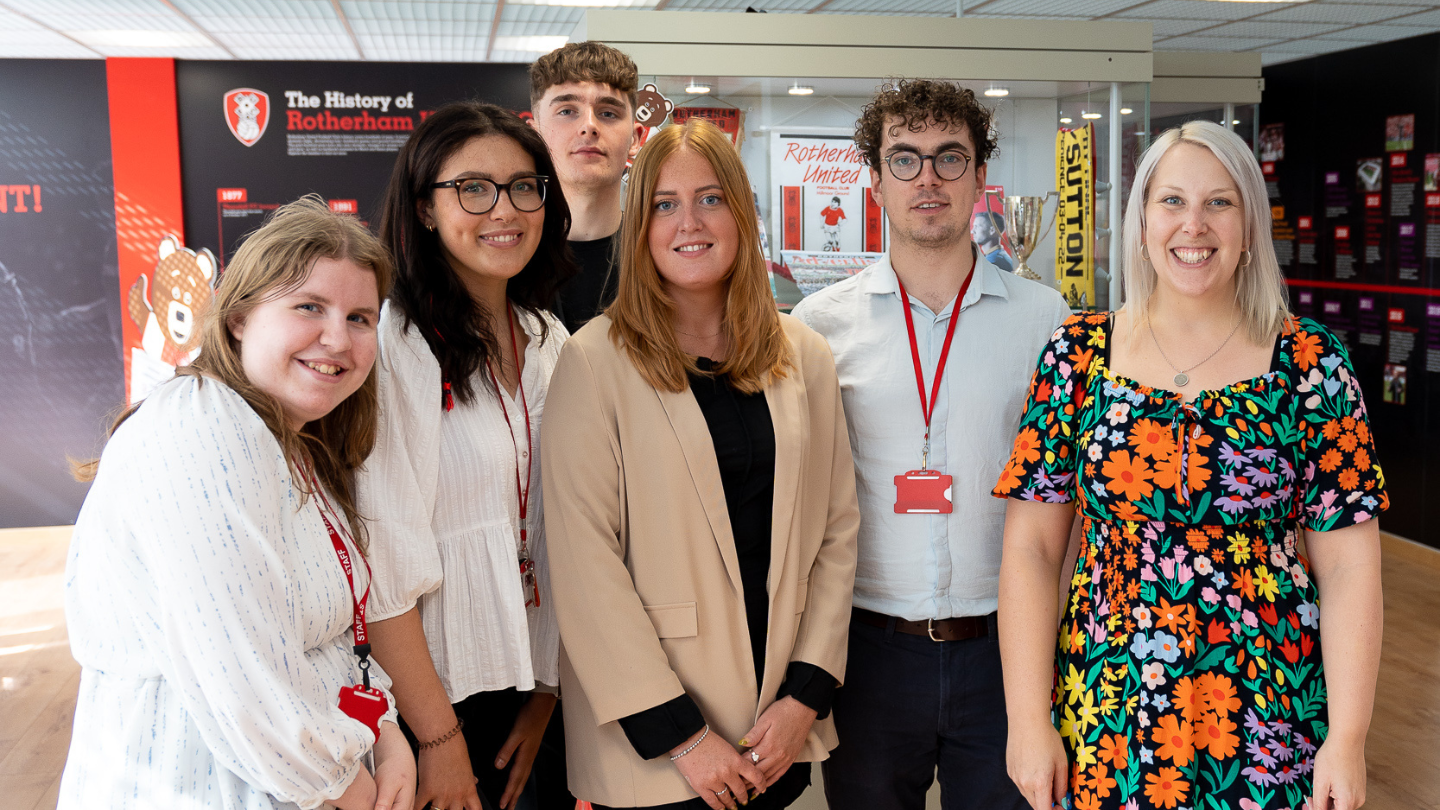 #AD A new survey from Smart Energy GB found nearly half of Brits on a low income feel ‘out of control’ when it comes to their day-to-day lives. However, 66% said technology, like smart meters, play a big role when it comes to feeling a little bit more in control when managing their bills. Click below to find out more 👇bit.ly/3Q31N4CEFL EFL Trust #SmartCommunities2022 ... See MoreSee Less

Brecks Memory Club | 1 Year Anniversary 🔴⚪It's been a whole year to the day since the Brecks Memory Club began at the AESSEAL New York Stadium. What better way to celebrate than to relive some memories in our Pop-up museum with England internationals Dave Watson and Tony Currie. 🙌Thank you to Honorary Life President John Breckin, the PFA and all volunteers for their dedication and support. #rufc | #ForeverTogetherForeverProud ... See MoreSee Less

EDUCATION l Sports College delighted to expand qualifications delivered at Rotherham United Football Club.From September students will have the opportunity to study an Extended Diploma in Sport, Fitness and Personal Training, which is equivalent to three A Levels.To further enhance the experience for learners we are delighted to work in partnership with Places Leisure to allow students the chance to use their first class fitness facilities while studying this qualification. www.rucst.co.uk/education-sports-college-delighted-to-expand-qualifications-delivered-at-new-york...#rufc ... See MoreSee Less