Rotherham will be front and centre of the biggest women’s European sport event in history after being hand-picked as one of nine host cities for the hotly-anticipated UEFA Women’s EURO 2022.

The ticket ballot application window is now officially open and former England captain Rio Ferdinand, who racked up 81 caps for the Three Lions, is backing the summer football bonanza to blaze a trail.

The 42-year-old said: “Fans shouldn’t miss out on their chance to be at the biggest women’s EURO ever and enter the ticket ballot now.

“I can’t wait to witness Wembley stadium for the final – its due to be the biggest European crowd for a women’s football match ever.

“What a moment for the women’s game that will leave such a massive legacy, inspiring huge numbers to be part of it in the future, whether its playing or watching!

“It’s going to be massive next year – I’ve been told It’s set to be history-making for the sport which will be unreal to be a part of and not something you’d want to miss.

“It will definitely [bring about] more awareness of the women’s game. If girls out there get to a game or watch the tournament on TV (for free!) and think you know what, I want to play football, for fun or have aspirations to one day be an International footballer. Then amazing. Everyone deserves the chance to play.”

The public ballot will close on 16 November and remaining tickets will go on general sale from mid-February 2022 ahead of the tournament curtain-raiser at Old Trafford on July 6.

The showcase final takes place at Wembley on July 31 and with the women’s game profile continuing to sky-rocket, the total attendance record for a UEFA Women’s EURO – currently 240,045 for Netherlands 2017 – is expected to be more than doubled.

Rotherham will be one of nine host cities for the competition with London, Manchester, Sheffield, Southampton, Brighton, Milton Keynes, Trafford and Wigan & Leigh making up the locations that will welcome women’s football’s most highly-rated stars.

Rotherham’s selection as a major host venue will see fans flock to the Yorkshire town and current England full back Lucy Bronze, whose side slipped to a semi-final defeat against home favourites the Netherlands at EURO 2017, added: “I’m so excited. We’ve been waiting for these home Euros for a long, long time considering how it got pushed back and cancelled last year.

“As players, we’re super excited to be playing as the home nation and playing all around the country in front of our fans.

“All the groups are pretty strong. It’s crazy now because the Euros now, so many teams are good whereas in years gone by, it was Germany, Germany and Norway. Now, it’s Spain, Sweden, France are good, so’s England, so’s Holland – the list goes on and on. It’s exciting.” 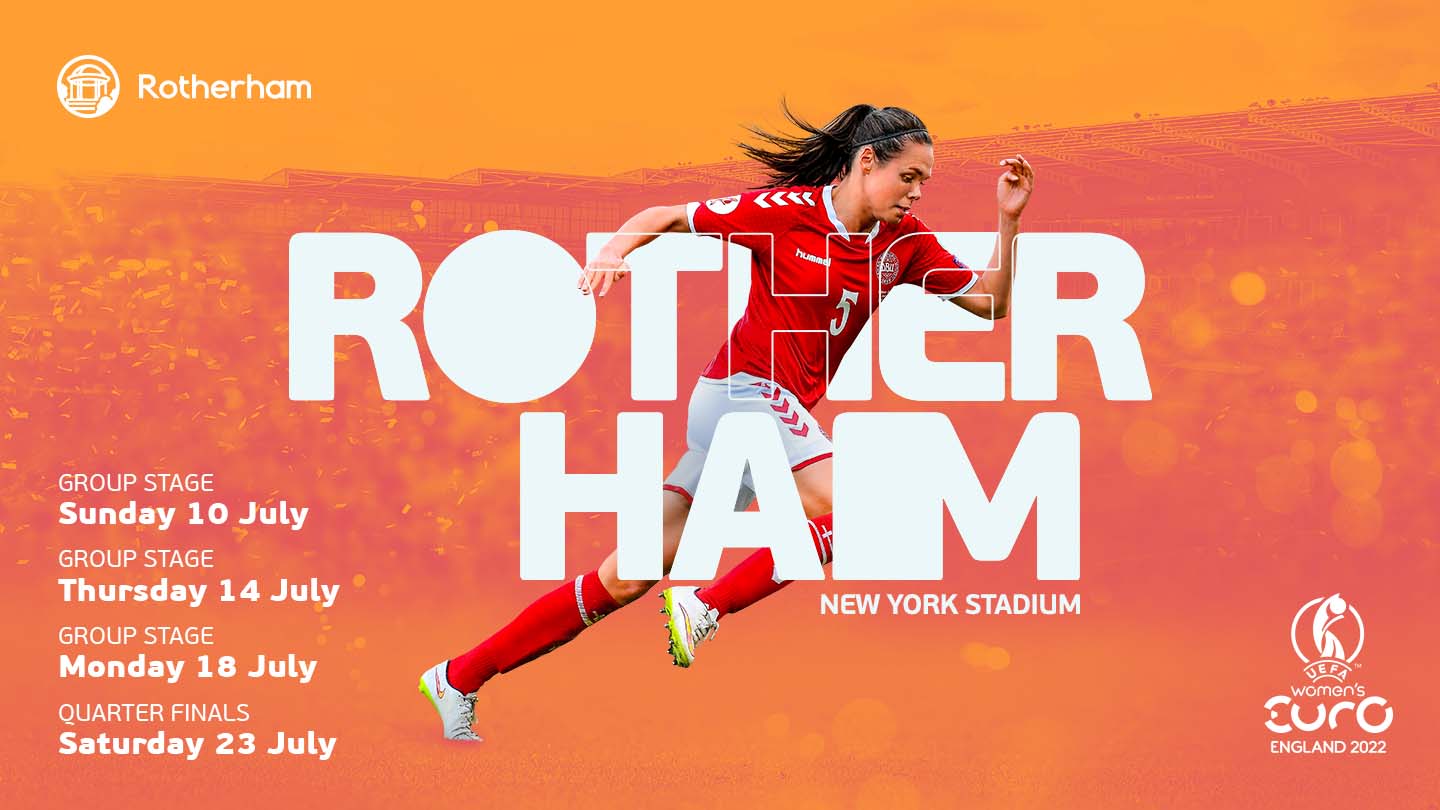 CANCELLATION ❌ | All OUTDOOR Saturday Sessions including Future Stars, Abity Counts and JPL have been called off today due to participant safety. INDOOR Mini Millers remains ON. Stay safe everybody ... See MoreSee Less
View on Facebook
· Share

FUTURE STARS | Following a pitch inspection, and keeping in mind the safety and well-being of all our participants, this mornings sessions at Parkgate Astro are cancelled! ... See MoreSee Less

#IWillWeek21 | This week, we used the power of our 10 year anniversary shirt to unite young people in celebrating inclusion & diversity.Using the 'I Will' movement to pledge commitments to schools, communities and friends. Together we can make positive change 🙌🏽#OneClubOneCommunity 🔴 ... See MoreSee Less