Fans of Rotherham United FC are set to benefit from a dedicated fans hub, following the news that Rotherham United Community Sports Trust has been awarded a grant of £12,900 from the Premier League Fans Fund.

The grant has enabled the Trust to create a Fan Zone, available at all home fixtures, as part of their ‘Us to You’ project. The pop-up Fan Zone, which includes staging for pre-match entertainment and other activities, will help the Trust to engage new fans from different demographics and backgrounds.

The Fan Zone is designed to help people, both new fans and the existing fan base, interact further with the club and learn more about its role in the local community. Rotherham United Community Sports Trust hope that the fans hub will inspire new followers from groups that are currently under-represented in its fan base, including women and girls and the local BAME community.

The Premier League Fans Fund is a commitment from the Premier League to fund projects and organisations which improve the relationship between fans and their clubs, the way football supporters engage with each other and fans’ experience of the game.

Jamie Noble, Head of Community for the Trust, said: “The Fan Zone is all about improving the match-day experience for supporters and bringing the club closer to its fans. The mobile stage is a great facility to have, not just at matches but when we are out and about in the community.

“It’s also something that increases the variety of entertainment and activities we can put on and if anyone has any ideas they are more than welcome to write to me. The Community Takeover Day was a great opportunity for our team to showcase the fantastic work they deliver.” 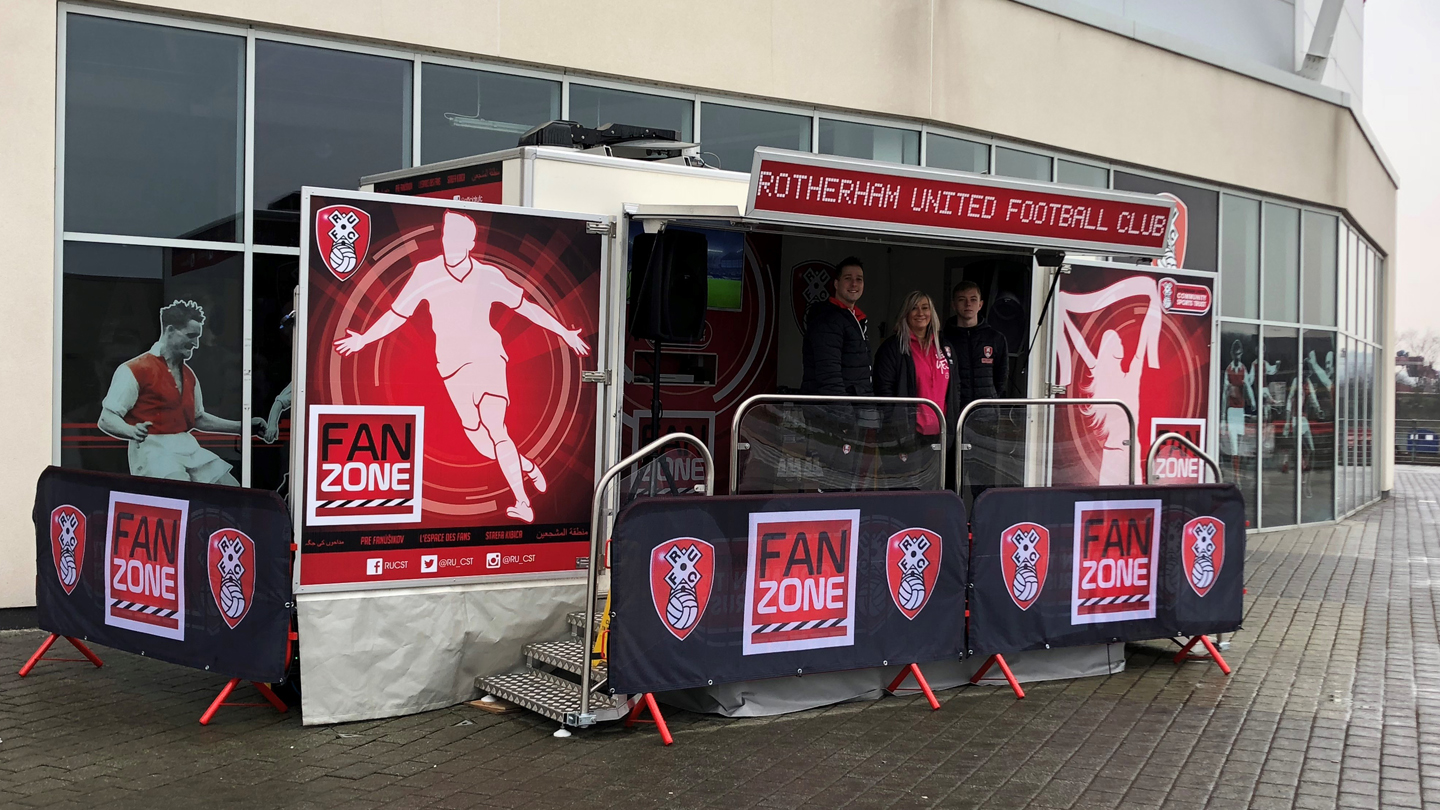