Rotherham United will be recognised in Parliament for their outstanding community work, having been named the Yorkshire & North East Checkatrade Community Club of the Year as part of the 2019 EFL Awards.

Following the exceptional work of Rotherham United Community Sports Trust, the Club will be joined alongside five other EFL regional winners at the House of Commons on Monday 4 March to receive their awards with EFL Interim Chair Debbie Jevans, EFL Chief Executive Officer Shaun Harvey and host Hayley McQueen all confirmed to attend.

The Millers will then be put forward alongside the five other regional winners for the 2019 Checkatrade Community Club of the Year Award, which will be announced at the EFL Awards on Sunday 7 April in central London.

Rotherham United impressed the judges with their response to their town’s priorities, focusing on antisocial behaviour, youth offending, health and community cohesion and integration. Rotherham’s

‘Building Stronger Communities’ project, funded by Ministry of Housing, Communities and Local Government (MHCLG), was viewed as stand out, and focuses on improving the lives of individuals in the community based around the themes of English language support and cohesion.

“Football Clubs play such an important part in communities up and down the country so it is essential we recognise their fantastic work.

“This is the third time we have held the Parliamentary event to recognise the Checkatrade Community Club of the Year regional winners and I am once again hugely impressed by the dedication and commitment shown by our Clubs in tackling some of the most challenging issues in society.

“They play an important role in dealing with issues such as homelessness, reducing crime and improving health and education. This life-changing work can make a significant difference to some of our most vulnerable people and is testament to the power of football as a force for good.”

“We are absolutely delighted to have been recognised as one of the top performing community clubs in the country. The relationship between the club and the community sports trust is one of understanding and support and both thrive to do the best for the communities we represent both on a local and national level.

“I would like to thank the judges and the staff from the central teams at the English football league and premier league for their continued support as well as the Chairman, Tony Stewart, and all the staff at RUFC who support the trust unconditionally.

“I would like to make a special mention to the Community Sport Trust Team who work so dedicatedly every single day to deliver high quality activities which make a difference to thousands of people in Rotherham and who make sure the strong partnerships we have vibrant and sustainable.” 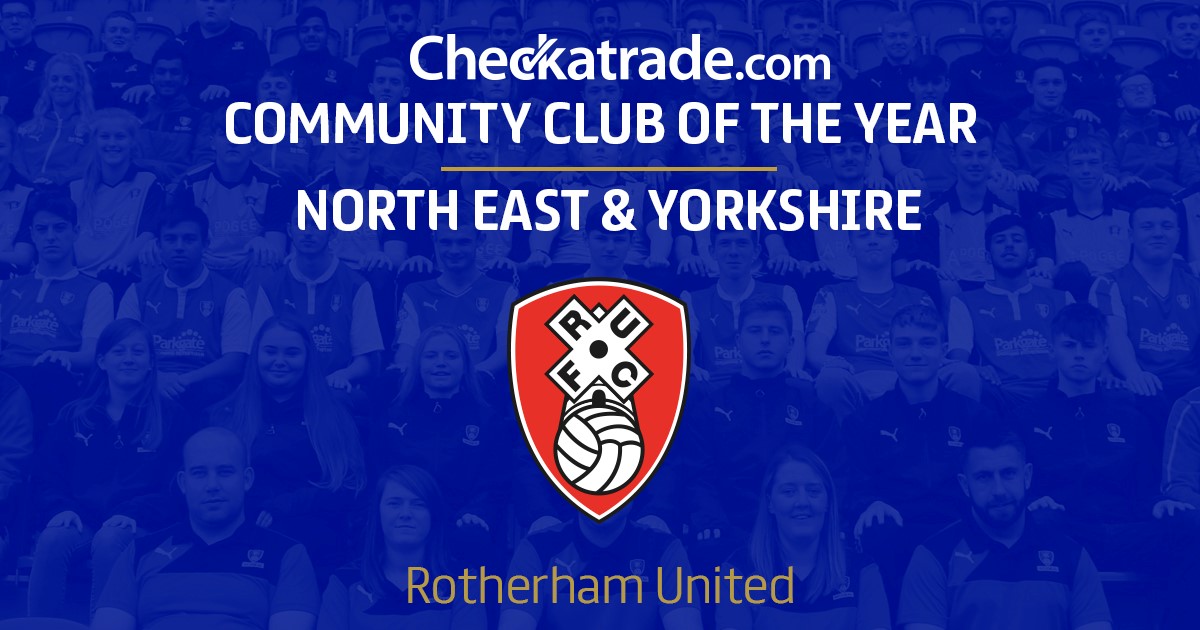