With the first team season over and Rotherham United securing their position in the championship for another season, the focus on the pitch shifted to the new up and coming stars when Rotherham United Community Sports Trust held a 6 aside tournament for boys and girls from local schools on the AESSEAL New York Stadium Pitch. The tournament took place on Friday 13th May, and was split into a mixed tournament and a girl’s only competition, in total 38 teams entered. The competition was a fantastic spectacle and gave 300 local school children the chance to play football at a professional football stadium, an experience some of them will never encounter again.

The mixed tournament saw 24 teams fight it out over 4 leagues with the top 2 team in each league progressing to the quarter finals. There were some fantastic matches and some unbelievable talent on show from children aged so young. It was also great to see every match being played in the right spirit with no altercations between players and every child finishing the match with a smile on their faces despite any bad results.

After all the league matches were completed the group winners and runners up were Maltby Lilly Hall, St Anns, Greasbrough, Trinity Croft, Thorpe Hesley, Maltby Manor, Kilnhurst and Roughwood who all progressed to the quarter final.

After some hard fought matches with some fantastic football on display by all the teams in the knock out stages, the 2015/16 mixed schools community cup would be a re-match from last year’s final where St Marys beat Thorpe Hesley.

The final got underway and it was clear to see both teams playing had a fantastic set of players, but Thorpe Hesley were looking for revenge after last year’s defeat and after a hard fought game, Thorpe Helsey were crowned Schools Community Cup winner with a 2-1 victory.

Alongside the mixed tournament RUCST also used this opportunity to build on the work we have being doing around Female Football Development and organised a female only tournament as it is often difficult for girls to get involved in football at the primary school level due to it being dominated by the boys. This can often discourage girls who may become great players from taking part in football.

The girl’s only tournament was more successful than we could have ever imagined with 14 teams from 12 local primary schools joining us at the AESSEAL New York Stadium on the day.

The girl’s tournament was split into 2 mini leagues. Once again there was some fantastic matches and some great football played, as with the mixed tournament it was fantastic to see all the girls enjoying themselves and playing with smiles on their faces no matter what the result of the matches. It was especially good to see the number of the girls who were playing football for the first time and learning as they went along. We did everything we could to help with this development and ensured there was plenty of encouragement and coaching tips from our qualified female coaches.

The tournament went brilliantly and at the end of the league games, the top two teams in each league progressed to the semi-final. Sitwell eventually ran out winners after a great performance in the final, but nothing can be taken away from Maltby Manor as they played some fantastic football thought the tournament.  We want to say a massive well done to the finalists and all the girls involved and we hope this will have encouraged them to continue playing football for a long time to come. 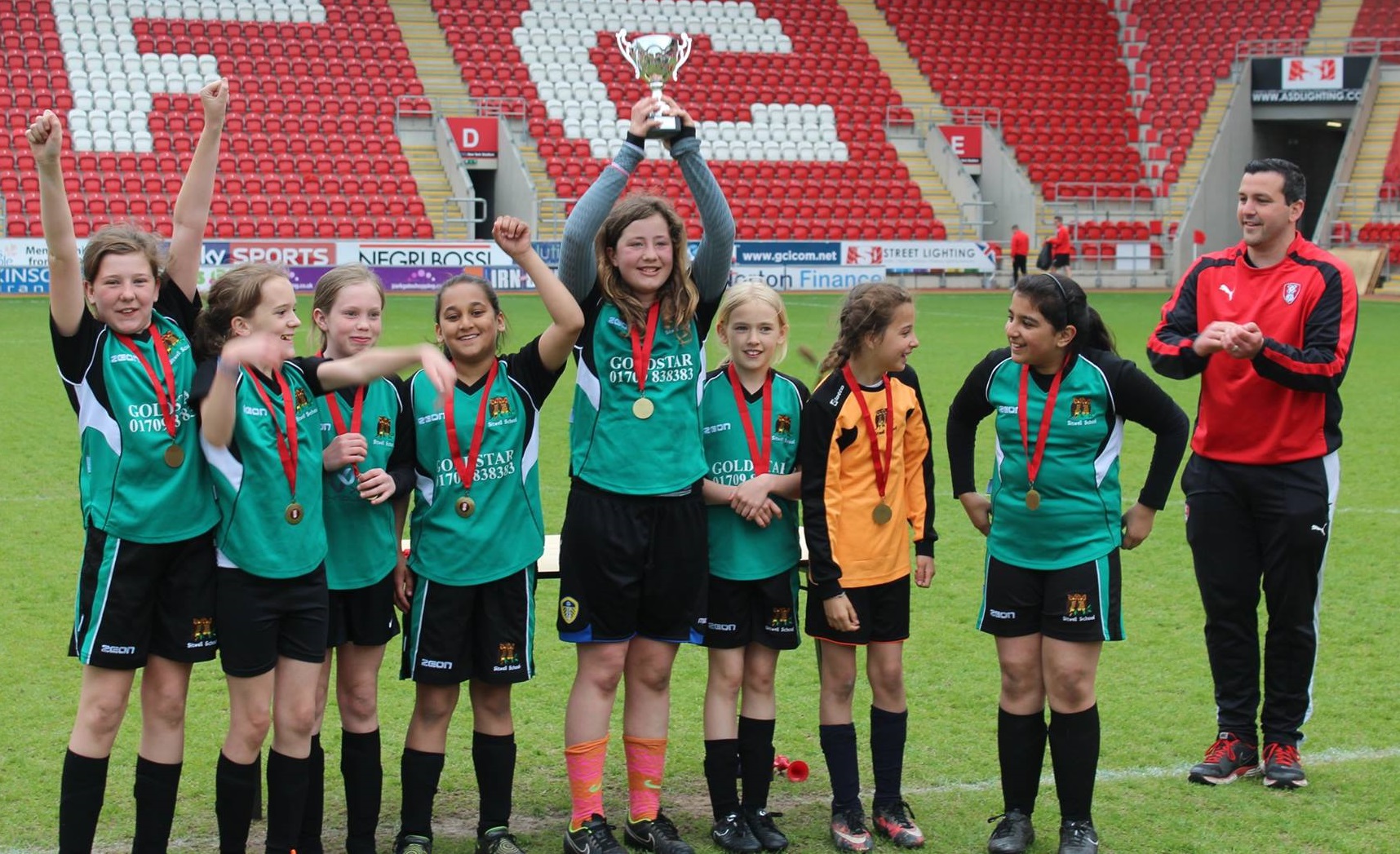 James Rawlinson, Sport Development Manager at the trust said, “What a fantastic day it has been, we never expected a turn out like this. It was particularly good to see so many girl’s only teams attending as it shows the work we are doing around Female Football Development is having an impact. The Female Football development is something that we are putting a lot of effort into recently to give girls the same opportunities as the boys have at a primary school level. I want to say thank you to all the schools who entered and made this a fantastic day.”

Once again like to thank the participating schools as every game was played in a great spirit and every child who attended was a credit to their school. 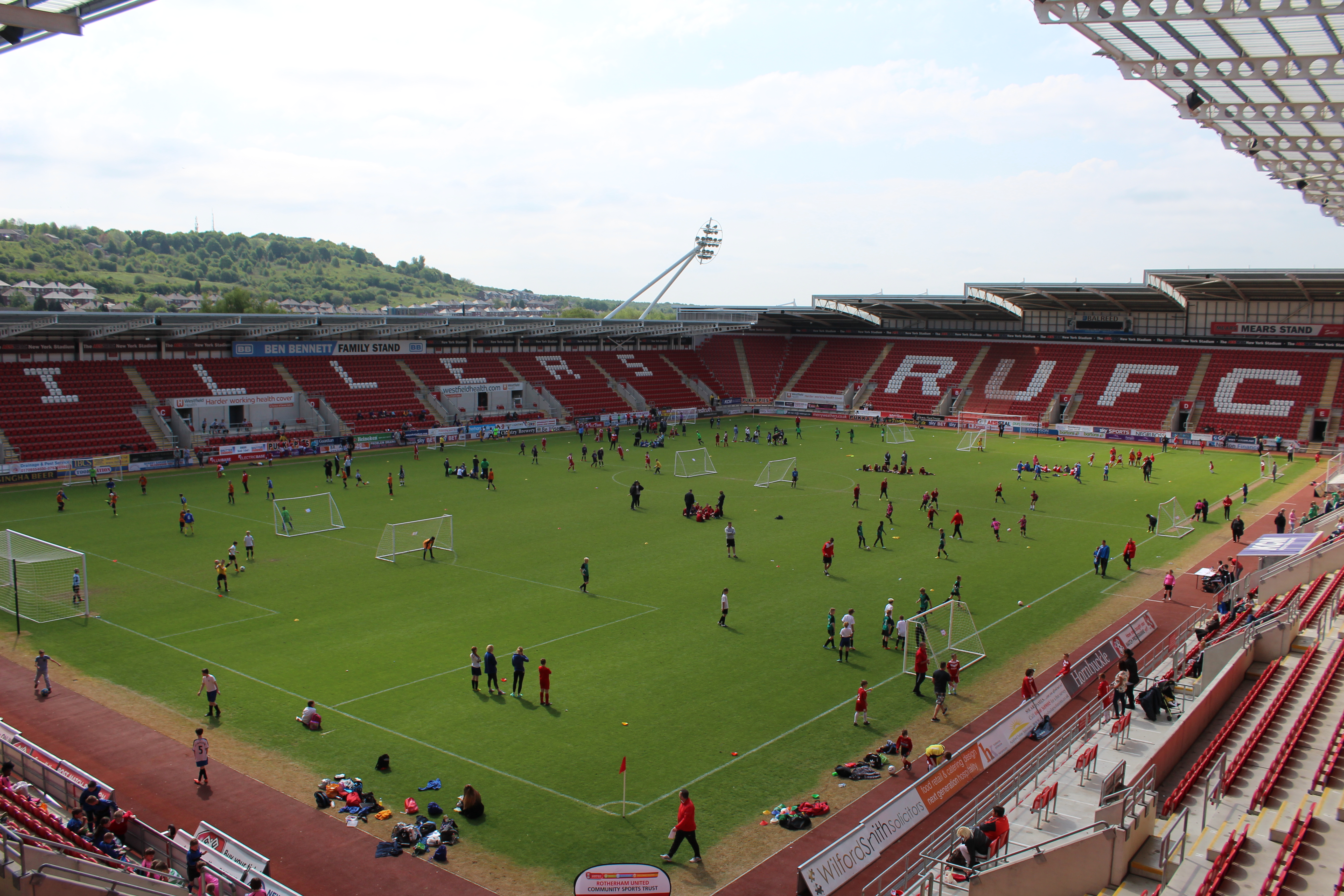