Schools join up to score for Rotherham

Pupils from two local junior schools got some inspiration about team building during a day spent together at Rotherham United Football Club.

Year 4 classes from both schools are taking part in the Schools Linking programme, funded by The Linking Network and supported by DECSY. Schools Linking is all about giving schools in different parts of the borough opportunities to meet up and collaborate on learning activities that explore themes around identity and belonging.

At their team building inspiration day a fortnight ago, pupils enjoyed being coached in a variety of team activities, working closely with children from the other school followed by a full guided tour of the 12,000 capacity stadium.

Getting to know you activities in pairs encouraged the eight and nine year olds to think about their identity and the things they had in common with their partner.

It went well, children interacted well with each other – a positive experience. Children enjoyed the opportunity to meet others and play.

A really enjoyable day at NY Stadium. A great venue which the children loved. The tour of the stadium and interactive games were great.

When I arrived I felt excited, nervous, giddy and happy. I met someone called Bella. She was so nice and I gave her a friendship bracelet. We were both shy at first. I started asking her what her favourite animal and name was. I and my partner didn’t want to leave each other afterwards and can’t wait to meet again.

A boy from the same school said:

I felt quite nervous at first but I was more confident when I got to know them. I met two boys named Adam and Hayden who were really funny, nice and smart.

The pupils will meet several times throughout the academic year for activities that aim to help build bridges between children from different cultural backgrounds. In between visits, the schools will send each other pieces of work the pupils have created for their new friends.

Herringthorpe Junior, Kiveton Park Meadows Junior and Bramley Grange and Greasebrough Primary Schools aren’t the only schools meeting up for the first time this term. A total of 12 classes across the Rotherham are taking part in the Schools Linking programme during this academic year, supported by Rotherham United Community Sports Trust which runs socially inclusive education engagement programmes which aim to make a difference to the lives of people of all communities.

What an amazing project. I have enjoyed being part of such a great concept. The children have had such a positive experience, developed new skills, an understanding of contemporary issues and have forged new friendships.

Schools Linking has been nationally recognised as contributing to how schools can support their pupils’ spiritual, moral, social and cultural development and Mark Heaton from the Council’s Culture, Sport and Tourism Service has expressed his support:

Well done – it’s a really worthwhile project so good to hear you’ve delivered it so positively.

The Linking Network Ministry of Housing, Communities and Local Government, Department of Education and The Pears Foundation 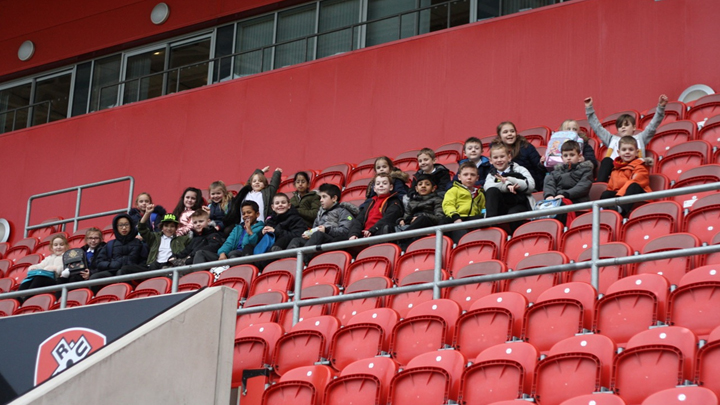 This message is only visible to admins.