Saturday 24th November marks the day of the Rotherham United F.C Show Racism the Red Card themed match-day against Sheffield Untied F.C. Show Racism the Red Card is an anti-racism education charity, established in England in January 1996 to harness the high-profile nature of footballers as anti-racist role models to educate against racism throughout society in the United Kingdom. We aim to show our support for this initiative through not only allowing young people and adults from diverse cultural and ethnic backgrounds the access to play inclusive sport, but also by producing activities that eventually culminate the integration of these people. By bringing people together, breaking down barriers using sport as a vehicle, we aim to educate people, reduce negative perceptions of others, identify differences and dispel myths and stereotypes.

The Premier League Kicks Project provides us with a platform and a resource to facilitate integration. The purpose of the Premier League Kicks initiative through Rotherham United Community Sports Trust, is to provide safe sporting activities for young people in the area of Rotherham. Our overall aims are to reduce the rates of anti-social behaviour. In addition to this, our intension is to promote community cohesion, as well as linking with Rotherham Health and Wellbeing strategy.

Prior to Kick-off on Saturday 24th November Rotherham United Community Sports Trust hosted Sheffield United Community Foundation’s U19’s Kicks team. This friendly was played at Thomas Rotherham College at 9.30am and witnessed a number of young people from deprived communities across Rotherham and Sheffield play a friendly to show support for Show Racism the Red Card, allowing them to cross the divide between Rotherham and Sheffield. The players are then due to attend the match together at New York Stadium.

Through our inclusion department RUCST delivers a combination of traditional youth clubs sessions, detached youth work, outreach and sports activities across the borough of Rotherham. This has enabled us to strengthen our relationship with people from diverse cultural and ethnic backgrounds. Due to Premier League, Sport England, Controlling Migration, South Yorkshire Sport and Police and Crime Commissioner funding we have been able to target young people and adults from areas across the borough and more specifically in high BME areas such as Ferham, Eastwood and Masborough. This has allowed us to engage Slovakian, Asian, Roma and White British disadvantaged people. Subsequently, we have implemented educational work covering hate crime and how to report it through the appropriate channels, which runs through the core of our provision. Additionally, in an attempt to inspire ambition, we offer traineeships for young people aged 16-18 and 19-24, leading on to a clear progression path onto our apprenticeships. This allows positive members of the diverse communities the opportunity become an ambassador for cohesion, integration and inclusion using the power of football as vehicle.

We have sought opportunities to bring young people and adults together on several occasions. Most notably we ran a Building Stronger Communities netball festival as part of the Controlling Migration Fund, which had over 120 women in attendance from Ferham, Eastwood, Masborough, Wath and Maltby. Our Building Stronger Communities residential was also an opportunity to bring 60 young people together from a number of schools such as Wath Comp, Maltby Academy, Clifton Community School, Oakwood Academy, Newman School, Brinsworth Academy and Wingfield Academy. For several of our group it was the first time they had been away from home providing a great opportunity to foster community cohesion.

Through our provision we have created fantastic relations with women from the Asian, Tamil and Pakistani communities who participate in weekly netball, badminton and circuit sessions. The sessions are not only designed to engage people in physical activity, but also to increase confidence and resilience. From this, we have facilitated the process of a number of women attending external sports sessions with people in attendance from various diverse cultures and backgrounds.

As part of the Controlling Migration Fund we have strengthened our relationship with people from new merging communities in Rotherham, by delivering pre-accredited ESOL, combined with sport and physical activity. We have aimed to educate new migrants living in Rotherham in English, hate crime, nutrition and sport. A huge part of the work we do is to give our beneficiaries the opportunity increase their quality of life whilst living in Rotherham.

For more information on any of the above-mentioned initiatives please contact Ben Winter on 01709 827 767 or bwinter@rotherhamunited.net 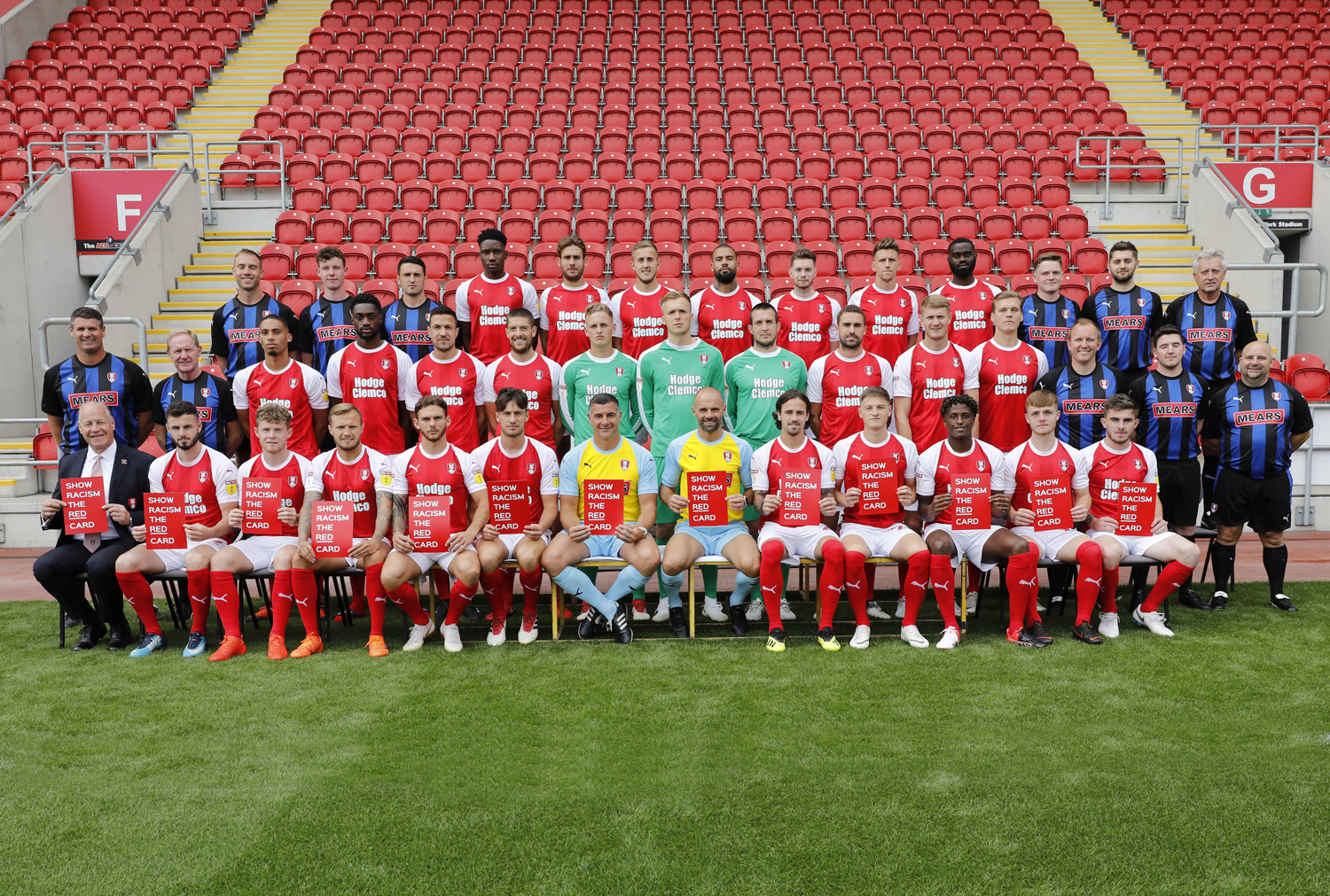 INCLUSION | Premier League Kicks Cup 2022 🏆Our brilliant #PLKicks participants travelled to Riverside Sports Complex - University of Nottingham today. Taking part in the Premier League Kicks Cup. The boys have had a fantastic day and really have made us proud representing in red today. 🔴⚪We're always looking for participants at our PL Kicks weekly sessiosn. Have a look at our sessions here: 👉 www.rucst.co.uk/inclusions/premier-league-kicks/ ... See MoreSee Less