First in a series of twenty educational events is part of SRtRC project, supported by DFE and GEO

Show Racism the Red Card (SRtRC) is undertaking a project to educate against Homophobic, Biphobic and Transphobic Bullying, supported by Department for Education and Government Equalities Office.

Part of the project is a series of free educational events for young people with the aim to educate about the importance of tackling HBT bullying. The events will help young people to explore stereotypes, evaluate language and terminology and reflect on prejudice.

Gavin Sutherland, Campaign Coordinator said “SRtRC is excited to begin the series of educational events with Rotherham United FC. The club and Community Sports Trust are long-time supporters of SRtRC and were among the first to support this new projet to challenge HBT bullying.

“The young people attending will take part in workshops that examine HBT Bullying and racism. We will be showing two of the campaign’s films covering the issues and players from the club will take young people’s questions about discrimination in sport and society.”

Mark Cummins Community Manager commented “once again we are looking forward to a really successful event. This year’s subject matter fits neatly with the work around hate crime in Rotherham so I am sure a huge amount of learning will take place for all of the pupils taking part, the conference is a staple in our community cohesion programmes activities and it is always a pleasure to host the Show Racism the Red Card team”

The Tackling HBT Bullying project will also feature free Teacher Training events at four locations in England and a film competition for young people to send in their work about HBT Bullying.

Stonewall research in 2014 revealed almost nine in ten secondary school teachers (86%) and almost half (45%) of primary school teachers said pupils in their school, regardless of sexual orientation, have experienced homophobic bullying.

Announcing the fund in March of this year, then Minister for Women and Equalities, Jo Swinson said “It’s good news that schools are making progress on homophobic bullying, but it must be eradicated entirely. The trauma of being bullied at school can stay with you for life, and it is absolutely unacceptable that those who may be gay, lesbian, bisexual and transgender are being targeted.

“Teachers need specialist support and training to help them stamp out homophobic bullying, which is why we have funded these excellent projects which are designed to tackle this issue head on.” 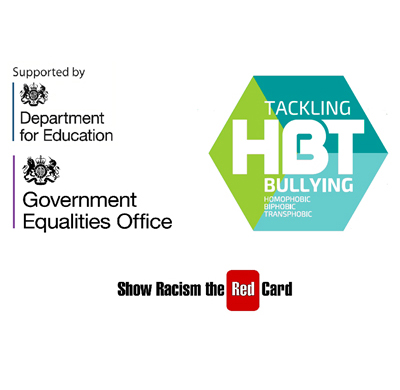