Sobhan recognised for his continued devotion to Premier League Kicks

Sobhan is 16 years old and is originally from Afghanistan. He came to England 2 years ago. Sobhan began his journey with the Kicks programme back in 2016 when he attended our open day for our United 4 Communities football team.

He showed a keen interest in attending the sessions and enjoyed playing within a team every Sunday. Sobhan attended every match and every training session whilst playing for United 4 Communities. He made many new friends as part of this squad and built in confidence. When our United 4 Communities team changed to ‘PL Kicks Development’, Sobhan stayed with us to carry on playing.

Sobhan’s PL Kicks coach Ash stated that “Sobhan was player that attended our “United 4 Communities U16’s Open Trials Day” and was again shy and didn’t want to get to know the players that were around him. Sobhan has had a really tough life up to now and was eager for the opportunity to play for a football team. His determination to better himself and also the fact that he makes everybody smile is exactly what we love about working with young people. Sobhan started to grow in confidence and started to have a laugh with the other players on the team, this then led to positive moral with other team mates and coaches. His aims to make everyone smile and enjoy their time playing football, he also pushes himself to improve as a footballer and as a person. Sobhan deserves so much credit for being the person he is today, through having a really tough upbringing to becoming a young and mature adult. I am really proud at the fact that I have met Sobhan and to also develop him as a footballer”.

Sobhan’s school teacher Jeremy stated that “The Premier League Kicks Project that Rotherham United Football Club delivered, enable pupils to access quality coaching and a chance to play against other pupils whom they would not normally play with/against. Skills that were taught to these pupils were evident in subsequent PE curriculum lessons. Two of our pupils including Sobhan went on to represent Rotherham in the National Premier League Kicks competition which has really inspired them to endeavour to play at a higher level”.

Sobhan is now part of our Great Millers Youth Forum, where he assists us in developing the way we structure our delivery, as well as providing information that allows us to plan projects. As an incentive, we have provide Sobhan with a new pair of football boots for the great work he has produced with us. We will continue to bring Sobhan through the project and offer opportunities through the football club. 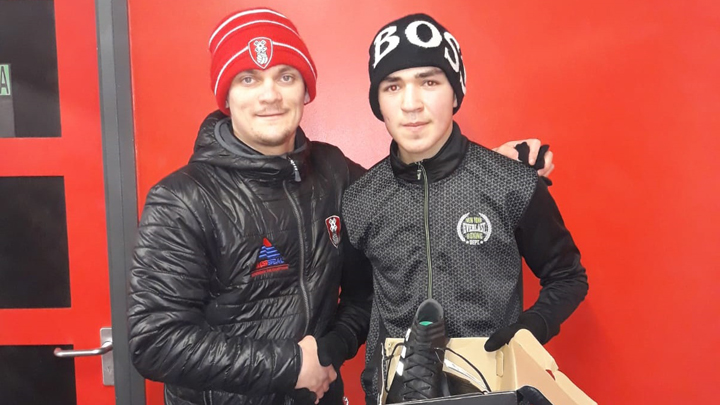