Triumph for Greasbrough Primary in the G4S Trophy!

Half time at last Saturday’s home game Vs Nottingham Forest saw the conclusion of this year’s G4S Trophy with Greasbrough Primary and Thorpe Hesley meeting in the final. This year’s tournament has been a fantastic success and we want to thank G4S for their sponsorship of the tournament as without them it could not go ahead.

All the fans who stay in their seats during the half time break have been treated to some fantastic matches including nerve racking penalty shoot outs and fantastic comebacks along with some  unbelievable goals scored by some very talented young players, so would like to say well done and thank you to all 16 teams who entered this year’s trophy, all the players gave it their all on the pitch and behaved impeccably whilst representing their schools at each home fixture, we just hoped the players enjoyed playing as much as we enjoyed watching.

The final itself didn’t disappoint with two very good and evenly matched teams facing off against one another and inevitably neither team could break the other down. Thorpe Hesley probably shaded the possession and had some of the better attempts hitting the post from a great free kick, Greasbrough did produce a late flurry but the Thorpe Hesley defence stood strong and the final followed the same path as both semi-finals and headed to sudden death penalties. It was Greasbrough who held their nerve better and snatched the trophy with a 2-1 penalty win to see them lift the cup for the first time.

We would like to say well done to both teams for making it to the final and congratulations to Greasbrough on a hard fought victory and our commiserations to Thorpe Hesley who played a great game and were unfortunate to lose on penalties.

As the first team season now draws to a close all the staff at RUFC will now be working hard in the closed season to secure funding so that the tournament can go ahead again next year as we already have interest from a number of schools wishing to take part. 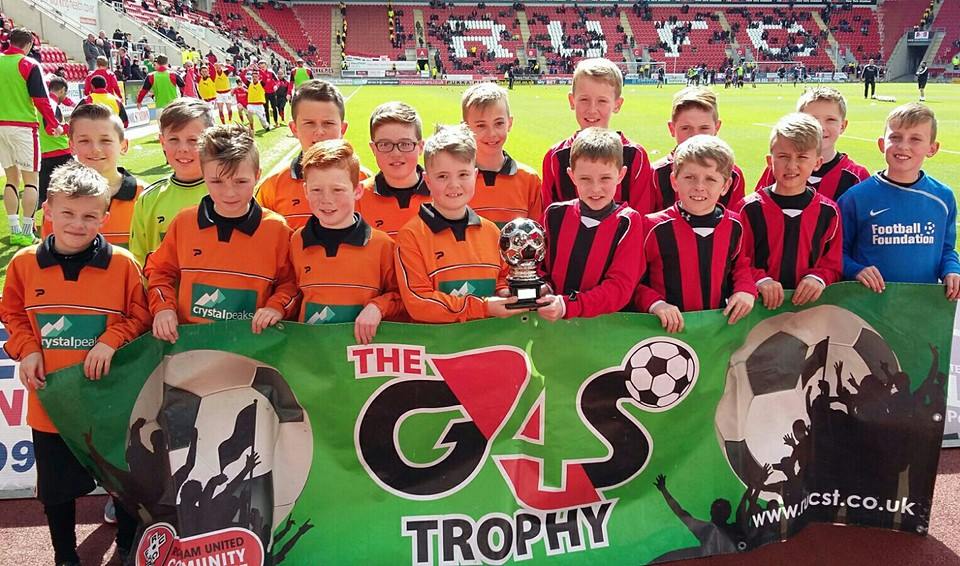