The EFL and Utilita have today announced a new four-year deal that will see the energy supplier become the Official Title Sponsor of the Kids and Girls Cup competitions.

The new partnership, which will be in place until at least the conclusion of the 2022/23 season, will see the community competitions renamed as the ‘Utilita Kids Cup’ and ‘Utilita Girls Cup’ respectively.

Over 22,000 schoolchildren take part in the competitions each year, with the aim of representing their local EFL Club, as they battle for the opportunity to play at Wembley Stadium. The Girls Cup Final takes place before the Leasing.com Trophy Final and the Kids Cup Finals during the Sky Bet Play-Off Finals weekend.

In the run up to these Finals, EFL Clubs and their Club Community Organisation’s deliver local andregional stages of the competitions. By encouraging these young people to participate and develop a love of sport, the Clubs and CCOs are helping to deliver the EFL Trust’s overall vision to create stronger, healthier, more active communities, whilst also supporting Sport England’s ambition of creating an active nation by focusing on the benefits sport can bring to people and society.

The competitions have also historically played a part in the development of some now established professional players, with Will Hughes (Watford) and Scott McTominay (Manchester United) having previously represented their schools in the Kids Cup Finals.

As well as the title sponsorship, Utilita will have a portfolio of rights across the Utilita Kids Cup and the Utilita Girls Cup, including digital rights and prestigious access at all EFL Wembley Finals.

The partnership will also allow Utilita to activate within communities nationwide across area and regional Finals of the respective competitions, as well as four newly created football festivals.

EFL Chief Commercial Officer, Ben Wright, said, “The EFL is delighted to welcome Utilita as a partner of the League and as title sponsor of the Kids and Girls Cup competitions.

“Utilita are committed to engaging with families and local communities making them a perfect match for this partnership and I’m sure their support will enhance the opportunities available for thousands of schoolchildren involved each year.

“We look forward to working with Utilita over the next four seasons, as we look to develop bothcompetitions and provide young people the chance to live out their dream of playing at Wembley.”

Utilita are one of the UK’s fastest-growing energy suppliers and a leader in the smart meter revolution– installing Britain’s first ever smart meter way back in 2008. 14 EFL Clubs are currently partnered with Utilita, with sponsorship ranging from stadium naming rights to junior retail kits.

Jem Maidment, Director of Marketing and Communications, Utilita said, “To be partnering the EFL Kids & Girls Cup is something we are immensely proud of and it reiterates our commitment to youth football – powering the stars of tomorrow.

“We are now recognised as a growing brand in football – particularly grassroots – and that will continue to be our mission in the game. Over the past couple of years, a host of schools have benefited from our kit donations, whilst we have partnered a number of clubs sponsoring junior kits including the likes of Birmingham City, Derby County and Leeds United. To form a national partnership with the EFL Kids Cup & EFL Girls Cup was the logical next step.” 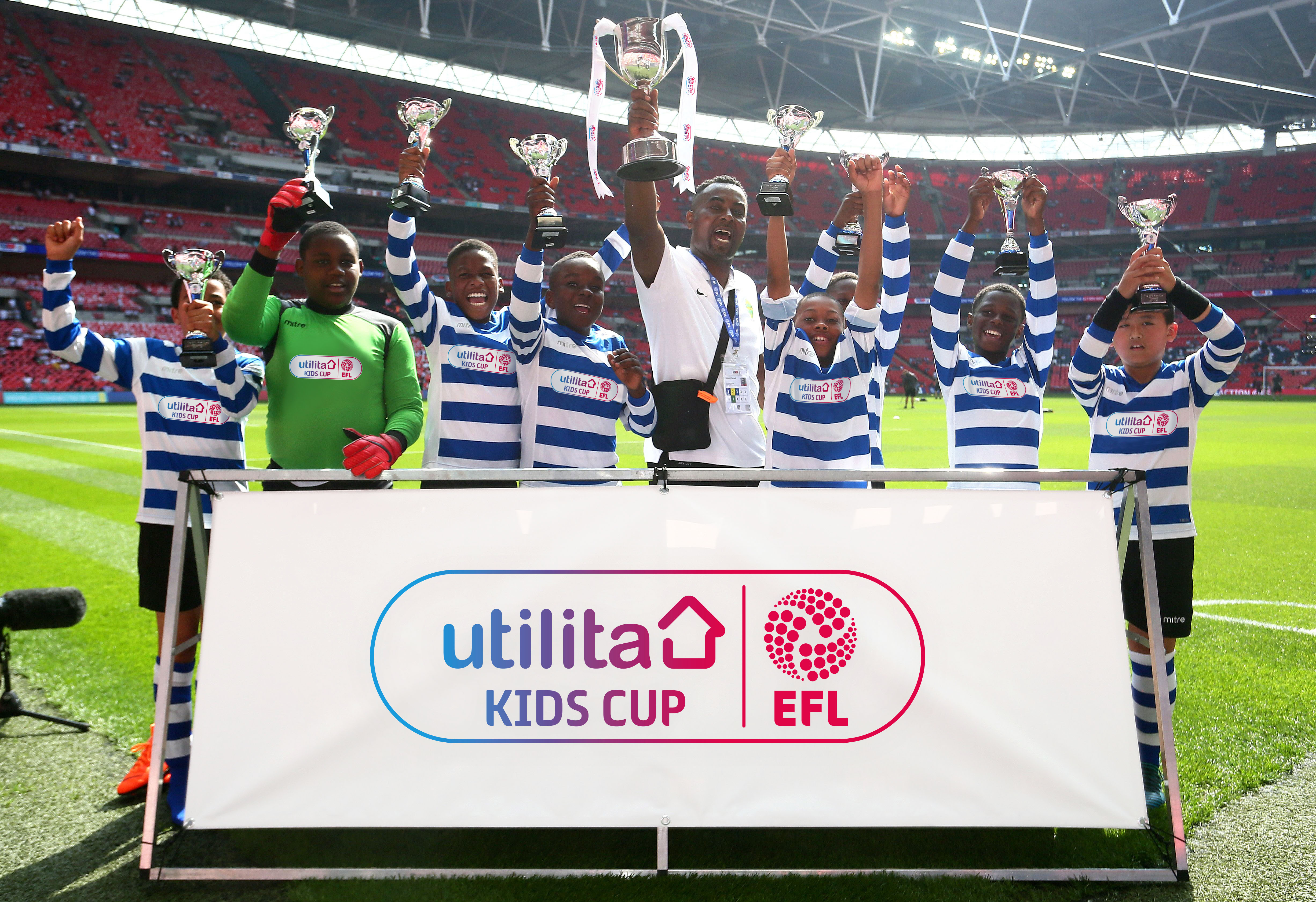