Rotherham United CST >> News >> Health & Wellbeing >> Victory for Rotherham United’s Man v Fat Football Team
This weekend Rotherham United’s Man V Fat Football Team took on Sheffield’s Man V Fat Football team at Thomas Rotherham College.
After a fairly even first half Rotherham held a deserved narrow lead of 1-0 going into half time.  The second half saw Rotherham players become much calmer on the ball.  They increasingly dominated throughout the remainder of the game. The 11 players gelled across the pitch and got there just rewards with a  7-0 win over Sheffield.
Matt Houghton was awarded man of the match for his consistency throughout th
e game and calmness on the ball. The game was played in
good spirits with players already looking forward to the return game which will be played on the 10th November again at Thomas Rotherham College.
If you would like to join Rotherham’s man v fat football league a new season will be starting on Friday 1st November.  Please sign up prior to this date at www.manvfatfootball.org/rotherham 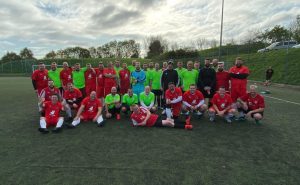 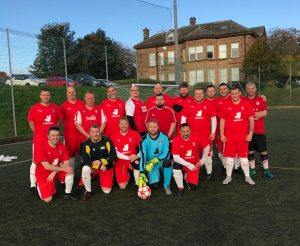 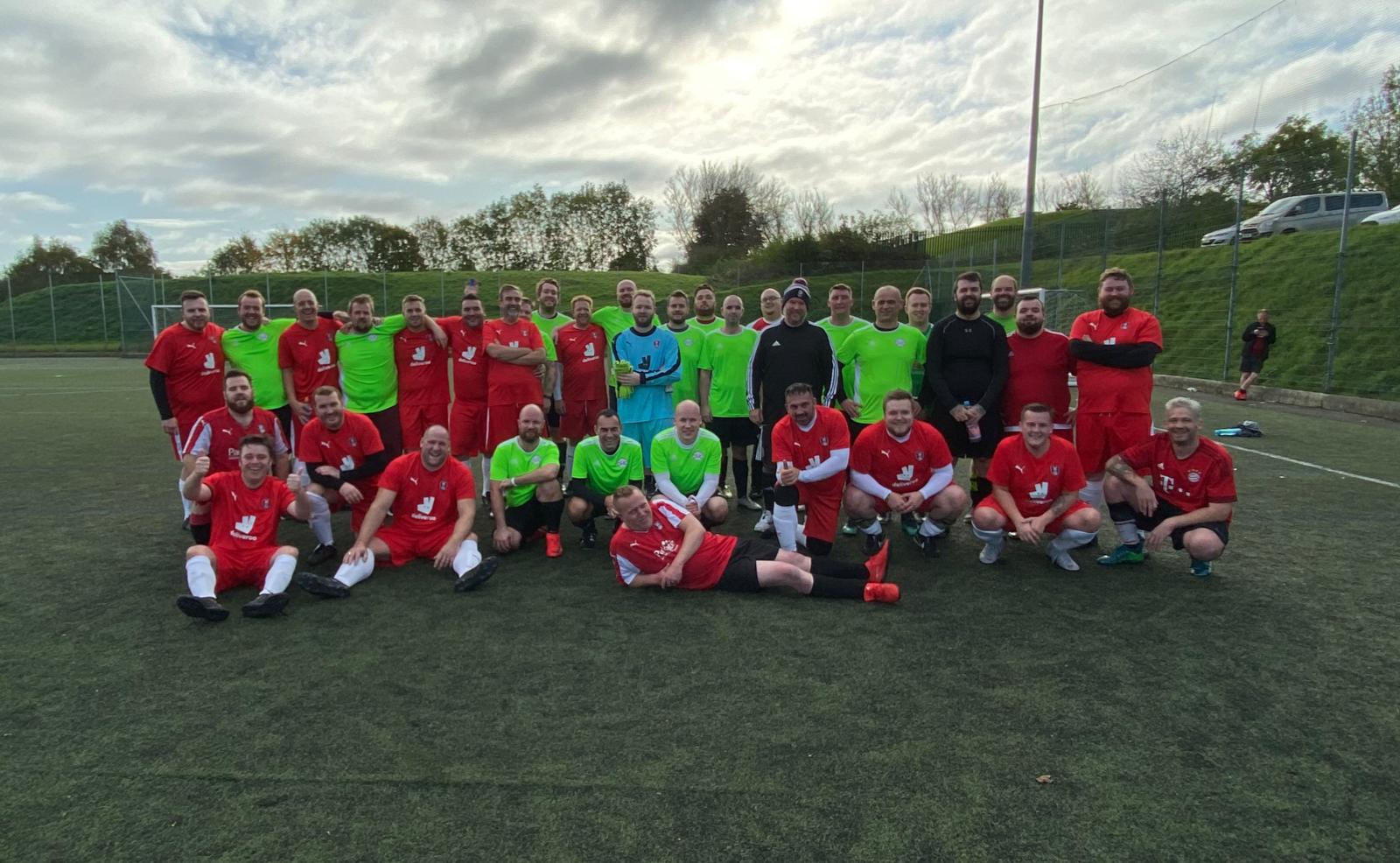