Yorkshire to Amsterdam in aid of Prostate Cancer!

Rotherham United CST >> News >> Other >> Yorkshire to Amsterdam in aid of Prostate Cancer!

Yorkshire to Amsterdam in aid of Prostate Cancer!

In June 2016 on behalf of Rotherham United and the Football League Paul Truin will be biking a 145 mile journey From Barnsley to Amsterdam (which must be completed in 2 days) in aid of Prostate Cancer UK.

Pictured pitch side at a recent Millers home fixture, Jason Harwin (Rotherham District Commander) & Martin Sheldon (Inspector) were proud to donate £100.00 to Paul Truin and his fantastic cause.

Paul has had over 89 donations so far and already raised over £2900 this year for Prostate Cancer UK.

Paul boasts experience from previous rides but is relishing the challenge of trading Yorkshir the Netherlands this summer.

“I started cycling about four and a half years ago,” he told www.themillers.co.uk

“I really got into it alongside my partner who is very much the cyclist now and for the past two and a half seasons we’ve been promoting cycling to the AESSEAL New York Stadium.

“I’ve been affected by cancer in my family, so this is a charity which is one that I am really happy to support.”

Rotherham United are very proud to be representing Paul Truin in his efforts to raise funds and awareness of Prostate Cancer UK, which is the Official Charity Partner of The Football League.

The theme is MEN UNITED. Whatever team you support we are bringing everyone together for a Very Important Game: MEN UNITED v Prostate Cancer.

Jamie Noble (Head of Community) said “Paul and his team have done an amazing job so far, their dedication and commitment is second to none, to raise over £2900.00 is phenomenal, everyone at Rotherham United would like to wish them all them best in their fundraising efforts and 145 mile journey”

Donating through JustGiving is simple, fast and totally secure. Your details are safe with JustGiving – they’ll never sell them on or send unwanted emails. Once you donate, they’ll send your money directly to the charity. So it’s the most efficient way to donate – saving time and cutting costs for the charity.

You can help the Trio raise money for this great cause by donating directly to their fundraising page – https://www.justgiving.com/paul-rowland-truin.

JustGiving sends your donation straight to PROSTATE CANCER UK and automatically reclaims Gift Aid if you are a UK taxpayer, so your donation is worth even more. 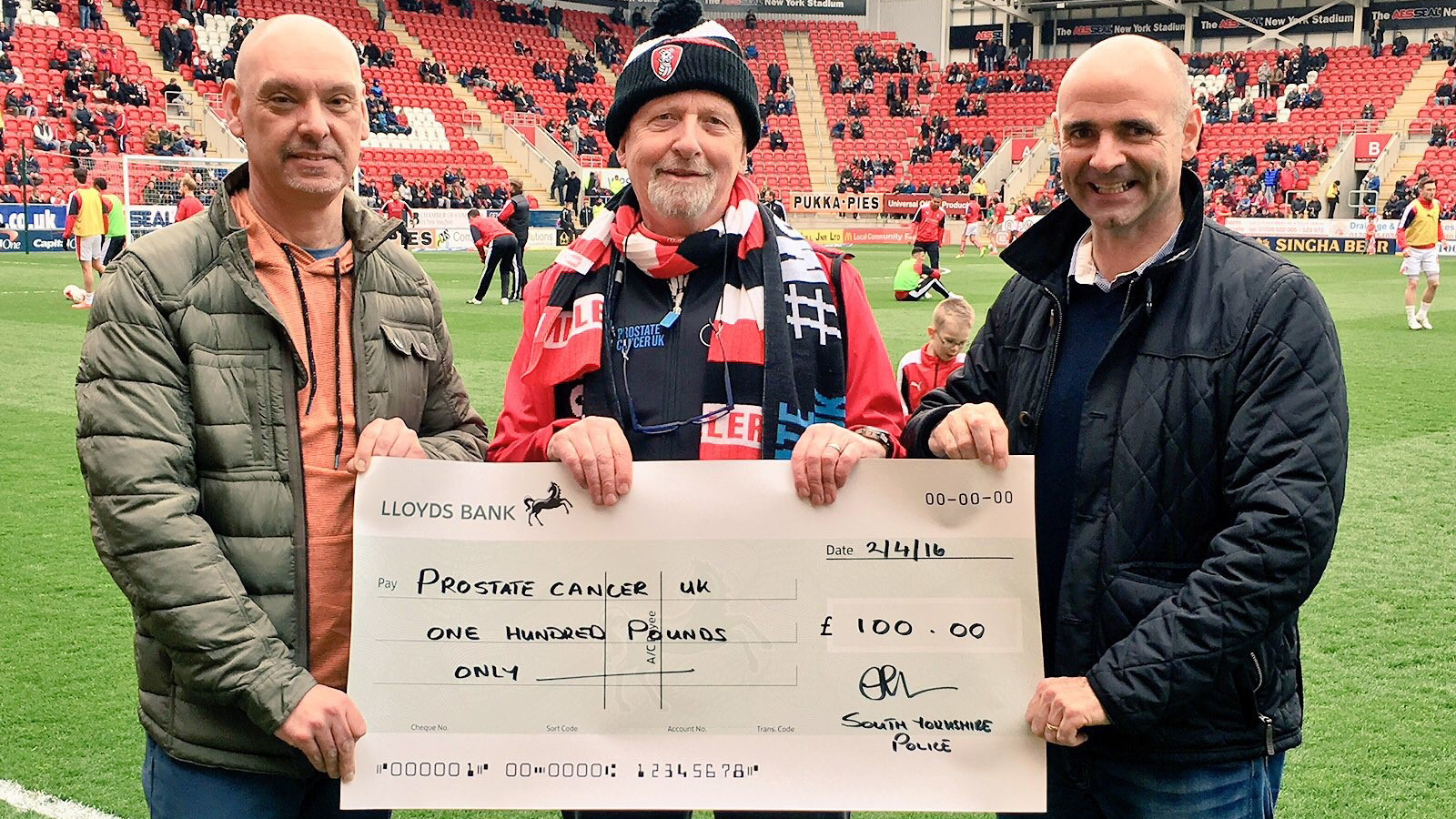 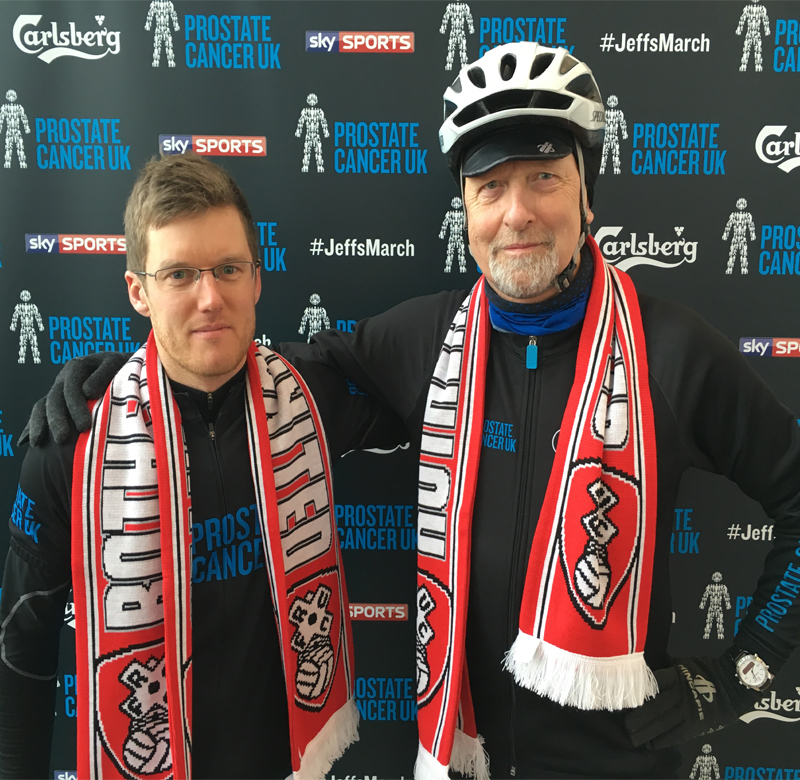